This year in June 2022, James from our European team was lucky enough to visit the Fruili Venezia Guilia region of Italy and here is his experience…

Having experienced just a snippet of what this region has to offer, this region offers something for everyone.

Beginning in the foothills of the Julian Alps, we stayed in Tarvisio, located close to the Austrian and Slovenian border. During the winter, this region is known for the multitude of visitors who come for the copious amounts of Ski Slopes but in summer, the snow-capped mountains give way to glorious green hills, simmering lakes and rugged cliff edges for half the price of the Dolomites. Tarvisio is a perfect base to explore the three countries by foot, by bike or by coach. Located nearby to Tarvisio is the incredible Monte Lussari, home to the sanctuary of the Madonna of Monte Lussari. From here you can enjoy the picturesque scenery.

As well as this, a bit closer to sea level, we visited Venzone, a walled medieval town, completely destroyed by an earthquake in 1970’s. Rebuilt brick by brick, this town is as beautiful as it is interesting and when nature disturbed ground, there were some magnificent discoveries waiting to be found.

Further south, close to the Slovenian border, you can find the Collio region. Here, very close to the city of Udine, the mountains give way to rolling hills, an abundance of vineyards and exceptional wineries. At the Aquila del Torre winery, we enjoyed a glass or two of Vino whilst basking in the Italian countryside.

Last but certainly not least, we ended the trip in the capital of the region, Trieste. A maritime gateway to northern Italy, Germany, Austria and Central Europe, this city has been of huge importance to many empires across the ages. Like many Italian cities, it is not difficult to find magnificent food, ancient roman ruins and plenty of fascinating cultural sites and museums. The great James Joyce, who wrote part of Ulysses whilst here. He once said that he ‘experienced more kindnesses in Trieste than ever before or since in my life’.

On the edge of the city is Miramare Castle, a luxurious 19th century castle looking out to the sea , the castle is also surrounded by a wide botanical garden. The castle boasts an intriguing and absorbing history with each of its occupiers leaving a legacy that can relate to many of the monarchs and major events of the last 200 hundred years.

This region is a hidden gem amongst British Travellers and with only two hours separating the Mountains of Tarvisio and the treasure of Adriatic; Trieste, I wasn’t lying when I said this region has something for everyone! 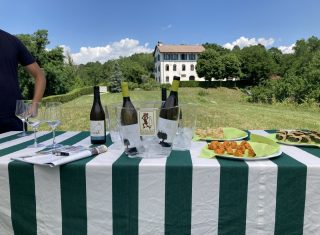 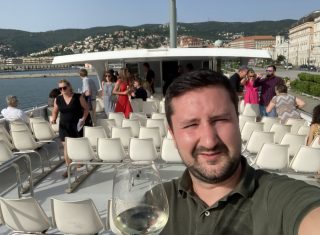 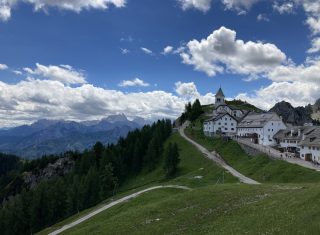 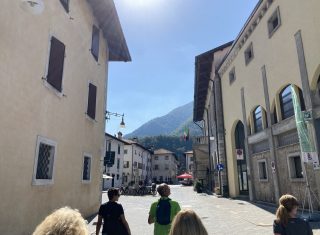 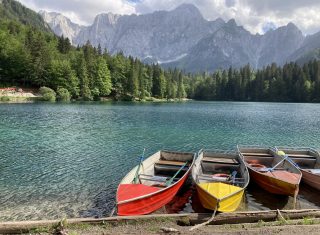