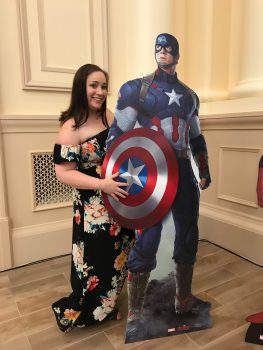 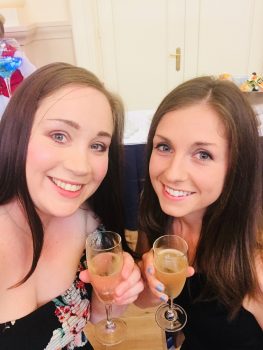 Two of our Disney team members – Angharad and Victoria have just returned from a MARVEL-ous Disney Trip. They were invited along for a VIP experience like no other, staying at the 4* Disney’s Newport Bay Club they were treated to a first look at Disney’s 2 new MARVEL shows – MARVEL: Super Heroes United and Stark Expo presents: Energy for Tomorrow. Also on their trip they watched Buffalo Bills Wild West Show….with Mickey and Friends, had VIP viewing for Disney’s night-time spectacular Illuminations, toured 3 of Disney’s on-site hotels and were invited to a Gala Dinner and DJ party hosted by Iron Man himself – Tony Stark! In between all of this they had time to enjoy all of their favourite rides, take in even more Disney shows and do lots of souvenir shopping at Disney Village.

Of the new MARVEL shows Angharad says – “the special effects were out of this world, you really felt like you were part of the super hero universe!”.

Victoria says “the trip was a magical opportunity to step into the wonderful world of Disney. I particularly enjoyed The Disney Illuminations show, it was so spectacular, like being in a dream!” 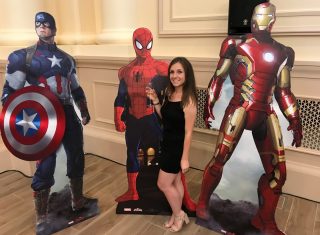