Lain among the gargantuan mountains painted onto the blue skies, the French city of Grenoble has a history of reinvention and re-imagining. Tour your group through the immense natural beauty of France’s largest lake and the incredible Alpine mountains of the surrounding areas as you pass through the towns of Chambéry and Aix-Les-Bains.

Meanwhile, at the end of your route lies the culinary and cultural mastery of Lyon, a city renowned the world over for its gastronomy. This group tour offers a considered mix of raw natural beauty and the considered, elaborate culture of France.

Grenoble, Capital of the Alps

French writer, Stendhal once said of Grenoble that there is ‘a mountain at the end of every street.’ Staying true to his famed realism, these might be his truest words. The city of Grenoble nestles comfortably into the embrace of the French Alps, surrounded by natural wonder and parks.

The city’s history is told in the excellent Musée de Grenoble beside the River Isère, housing a fantastic modern art collection featuring the likes of Matisse, Picasso, Warhol and Modigliani among others.

The economic boost experienced in the wake of the 1968 Olympic games was capitalised on by local universities who built a reputation for maths and science, paving the way for a modern reinvention. Nowadays the city thrives with a youthful population ensuring a buzz among the shops and cafes of its historic city streets.

Tours highlight the city’s original Roman walls and the route marched by Napoleon on his route to Paris, while specific gastronomic tours celebrate Grenoble’s heritage of cheese and chocolate. Be sure to enjoy some gratin dauphinois to get an authentic taste of French Alpine cuisine among the hidden atmospheres of the Quartier des Antiquaires backstreets.

Hidden in the open embrace of Alpine valleys and flanked by the Chantreuse and Massif des Bouges regional parks, Chambréy is an attractive town often overlooked by tourism. Its rich history as former capital of Savoy birthed a series of elaborate townhouses, a medieval chateau and a truly unique Cathedral decorated in the mind-bending trompe l’œil style – perspective design that creates the illusion of three dimensions.

To the north, on the shores of France’s deepest lake – Lac du Bourget – is the spa town of Aix-les-Bains. Don’t let its daunting-to-pronounce name (eks-lay-ban) put you off, Aix-les-Bains built its reputation as a retreat for nobility in the 19th century and remains an ideal spot to let go the stresses of the modern world. Its Roman ruins hark back to its origins supplying water to Rome.

Lyon sits where the Rhône meets the Saône. France’s third-largest city and famed for its distinctive Bouchon cuisine, the city grew as a banking centre by capitalising on trade from Italian merchants.

The city is flanked by two hills to the north and west. The northern hill, La Croix-Rousse is known locally as ‘the hill that works’ for its inextricable links to the city’s historic silk trade. To the west, Fourvière is ‘the hill that prays,’ site of the early Roman settlement and impressive 19th century basilica of Notre-Dame de Fourvière.

The basilica was built between 1872 and 1884 celebrating the salvation of the city after the spread of the 17th century bubonic plague – an achievement attributed to the Virgin Mary for whom candles are lit each December as part of the Fête des Lumières. The church also proclaimed France’s change in fortune during the Franco-Prussian War was the work of the Virgin.

Modern day Lyon offers a wealth of activities for visitors. From its excellent galleries and museums to a thriving cafe and bar scene, the city is an unending delight – not least for those looking for culinary exploration, an area of culture that the city and its people take very seriously.

Take a short sea crossing to Calais and travel south for an overnight in the Grand Est region of France before arriving in Grenoble on day 2.

Time permitting, why not visit the Musée Dauphinois. A fascinating museum located in a 17th-century convent, showcases a century of regional history. Or perhaps, you’d like to visit the Musée de Grenoble, established in 1798, this museum is regarded as one France’s finest art institutions.

The collection includes Egyptian antiquities and artwork from the 13th century onward as well contemporary exhibitions.

This morning enjoy a guided tour of Grenoble to see the amazing architecture and thriving art scene in this city.

You will soon learn that Grenoble has been successfully reinventing itself for more than two centuries, often leading the way for cultural, social, and industrial trends. However, one thing that never changes is the incredible vista that the Alps provide. The mountains are a stunning backdrop to nearly every corner of this city.

In the afternoon, why not hop onto the bubble-like téléférique, the cable car that floats up over the Isère River to Fort de la Bastille. Perched high above the city, this 19-century military fortress was erected to defend France against the Duchy of Savoy. Surrounded by snow-capped mountains, the stunning 360-degree panorama breezes out as far as Mont Blanc if the day is clear enough.

Today, we circumvent the Parc Naturel Régional de la Chartreuse, home to lynxesm golden eagles and many more to visit Chambery, a pretty town with a castle and the famous ‘Elephants Fountain’, built to honour a local Count for his successes in India. It enjoys an enviable location commanding the entrance to the big Alpine valleys which lead to the passes of Italy.

Afterwards, continue north to Aix Les Bains, situated on Lake Bourget, France’s largest natural lake with its own beach and surrounded by soaring wooded mountains. Here there is a world-famous spa and casino and it is possible to try water sports on the lake, or simply to enjoy a stroll along the promenade or in the park.

Lyon richly deserves its reputation as the ‘Capital of Lights and Gastronomy’. Visit the Croix-Rousse, the district where the ‘canuts’ or silk-workers used to live and seek out the Traboules. These famous covered passageways go from one street to the next via corridors through houses, hiding superbly renovated architectural treasures: inner courtyards, galleries ‘a l’italienne’ and dizzying spiral staircases.

See also the Basilica of Notre-Dame de Fourviere, the Saint-Jean Cathedral and the stunning Place des Terreaux or take a relaxing and scenic cruise along the Saône River.

It’s time to leave Grenoble and return to the UK. Make an overnight stop en route back to Calais for the return crossing on Day 7.

Located in the Europole business district, this hotel is 4 km from Stade des Alpes and 6 km from the Bastille fortress. Rooms feature flat-screen TVs, work areas and tea and coffee making facilities. Wi-Fi is available. Upgraded rooms add Nespresso machines, while suites include living areas. Amenities include a restaurant and a bar, as well as a play area and exercise facilities.

This hotel is 2 km from le Musée de Grenoble and 6 km from the Bastille, a 19th-century fortress. Rooms feature Wi-Fi, flat-screen TVs, and tea and coffee making facilities. Upgraded rooms add iPod docks and Nespresso machines. Room service is available. Amenities include a restaurant and a bar, plus a business centre and meeting space.

Panoramic Provence and the Untamed Camargue

Price based on exchange rate of £1.00 = €1.17. All prices are per person based on sharing a double or twin room and with free place in a single room both are based on a minimum 25 full fare paying passengers. Prices do not include UK coach hire or travel insurance. Dates are subject to availability. Smaller groups can be quoted for on request. Greatdays Holidays Limited are a member of ABTA (Y0380) which means you have the benefit of ABTA's assistance and Code of Conduct. Please ask us to confirm what protection may apply to your booking. Greatdays Holidays Limited has an ATOL licence (4279) and all of our air package tours are protected under this licence. In the unlikely event of our insolvency, the Civil Aviation Authority will ensure that you are not stranded abroad and will arrange to refund any monies you have paid to us for an advance booking. All the flights and flight-inclusive holidays on this tour are financially protected by the ATOL scheme. When you pay you will be supplied with an ATOL Certificate. Please ask for it and check to ensure that everything you booked (flights, hotels and other services) is listed on it. Please see our booking conditions for further information or for more information about financial protection and the ATOL Certificate go to: www.atol.org.uk/ATOLCertificate. Our website policy is to use only copyright free images or images which have been authorised to us for free use by the owner. If you consider an image to be unauthorised or to be your property, please contact us immediately and if invalid we will have the image removed. If your image requires crediting or is missing a copyright statement then we will be pleased to add this to the webpage, contact us at info@greatdays.co.uk 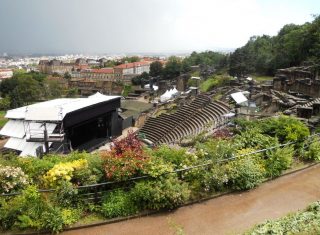