Discover the illuminations and festivities of Autumnal Liège

Every year, on the first Saturday of October, as the sun slowly sets, the waves of ‘coteaux’ hillsides descending down from the Citadel to Liège’s historic centre, refuse to fall into darkness. Instead a magical, fairy tale illumination of some 22,000 candles and flaming torches light up the never-ending Montagne de Bueren staircase. As well as this, explore the labyrinth of courtyards and alleyways, historic monuments, and ancient convents and cloisters, where subtle lighting, music, entertainment and an atmosphere of celebration await at every turn.

This is La Nocturne des Coteaux

A unique event inaugurated over twenty years ago that for a single night turns Liège into a romantic City of Light. What began as a tranquil festival essentially for the local Liegeois now attracts some 50,000 visitors, with English, Italian, German and Spanish mixing in with the gentle Walloon dialect. The illuminations are still burning brightly after midnight, with spectators entranced by musicians, street theatre, art displays that are performed right up to the St Leonard quay of the Meuse, with a a dazzling firework display lighting up the sky at 10.30pm. A local resident sums up the atmosphere perfectly, saying, “with the fluttering candles covering every corner of the old city, time just seems to stand still during the Nocturne. This is something everyone should experience once in their lifetime.”

Three Countries in one day, you say?

Due to its location, Liege provides a great base for a three country explorer which includes the wonderful cities of Valkenburg, Aachen and the picturesque town of Monschau. Visit the three countries ‘meeting point’, where Belgium, Holland and Germany come together.

Maastricht, the ‘Paris of the Benelux’

Maastricht is a beautiful university city on the southern tip of the Netherlands and only a half an hour drive from Liège. It is distinguished by its medieval-era architecture and vibrant cultural scene. Here, make sure to take some time out to explore the network of underground passageways and vaults beneath the city. This is where a large number of the Netherlands’ treasured artworks were safeguarded during World War II.

So, don’t let the end of summer get you down and join the local Liegeois for the festivities of La Nocturne des Coteaux.

Take a short sea crossing to Calais and travel to the Belgium. Perhaps, take a stroll through the centre in preparation for tomorrow nights extravaganza.

This morning we cross the border to the southernmost city in the Netherlands, Maastricht is also known as the ‘Paris of the Benelux’. Enjoy a guided walking tour which will show you around the prettiest parts of the old city centre. You will see the Stokstraat Quarter, the Basilica of Our Lady, the Ramparts and the parks plus much more. Afterwards, we visit Valkenburg, sometimes called ‘Marlstone Town’ because of the lime found in the soil and the soft yellow marlstone which has, since Roman times, been quarried as building material. As a result, there is now a network of over 150 miles of underground caves beneath the town. Afterwards, return to Liège to get ready for La Nocturne des Coteaux. Begin by heading to Montagne de Bueren staircase then follow the lights and the sound and become encapsulated by all the festivities.

Enjoy an excursion to three countries by heading to the three countries  ‘meeting point’, where Belgium, Holland and Germany come together. Continue to Aachen and enjoy some free time exploring the great old town and its cathedral, a UNESCO World Heritage Site. Moving on, we drive through the stunning scenery of the Eiffel Mountains on our way to the picturesque village of Monschau. We spend some free time exploring this town, famous for its half-timbered buildings overlooked by a medieval castle, before returning to Liège.

Today, you’ll leave Liège. Head back to Calais for your return ferry crossing and continue through the UK to your local area.

Located in the historic, cultural and commercial heart of the “cite ardente” or “fiery city”. The hotel has a total of 125 rooms, including 8 luxurious suites. They are all modern, top quality and fully equipped. Their restaurant is a subtle mix of bistro and gastronomy, and can seat up to 90 people. The hotel also features a spa, indoor pool and Jacuzzi. Parking is available for a small fee.

Situated in the city centre, next to the opera house, in the Opéra shopping centre,  the ibis-hotel Liège Centre Opéra is within walking distance of the Archéoforum. Take a journey through time thanks to the archaeological remains on hand. St Paul’s Cathedral, framed by beautiful gardens, is also very close by. Parking is available nearby for a fee.

Located next to the river La Meuse and offers guests comfort and modern conveniences in a historic setting in town. The 17th-century restaurant and bar, a former “Recollectines” convent, creates a stunning environment to enjoy a gourmet meal. When the evening falls, relax and sip a drink on the outdoor terrace in the beautiful gardens. The hotel is easily accessible by coach and 10 minutes away from the modern Liège-Guillemins train station . There is secure parking available on-site.

Price based on exchange rate of £1.00 = €1.16. Other listed dates may vary. All prices are per person based on sharing a double or twin room and with one free place in a single room, based on a minimum 25 full fare paying passengers. Prices do not include UK coach hire or travel insurance. Dates are subject to availability. Smaller groups can be quoted for on request. Greatdays Holidays Limited is a member of ABTA (Y0380) which means you have the benefit of ABTA's assistance and Code of Conduct. Please ask us to confirm what protection may apply to your booking. Greatdays Holidays Limited has an ATOL licence (4279) and all of our air package tours are protected under this licence. In the unlikely event of our insolvency, the Civil Aviation Authority will ensure that you are not stranded abroad and will arrange to refund any monies you have paid to us for an advance booking. All the flights and flight-inclusive holidays on this tour are financially protected by the ATOL scheme. When you pay you will be supplied with an ATOL Certificate. Please ask for it and check to ensure that everything you booked (flights, hotels and other services) is listed on it. Please see our booking conditions for further information or for more information about financial protection and the ATOL Certificate go to: www.atol.org.uk/ATOLCertificate. Our website policy is to use only copyright free images or images which have been authorised to us for free use by the owner. If you consider an image to be unauthorised or to be your property, please contact us immediately and if invalid we will have the image removed. If your image requires crediting or is missing a copyright statement then we will be pleased to add this to the webpage, contact us at sales@greatdays.co.uk 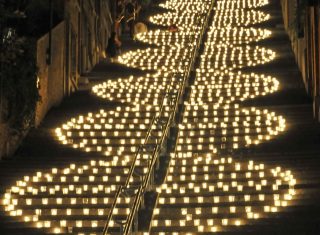