Group Travel Tour Operator and DMC for Amiens and The Somme, France

Base yourself in Amiens, a beautiful city of greenery, culture and history as you experience for yourself the profundity and poignancy of monuments like Thiepval and the Beaumont-Hamel Newfoundland Memorial . The tour will also take time to uncover the beautiful villages and towns of north France including Arras and Albert

On the Banks of the Somme

Nestled in among rolling fields upon the banks of the River Somme, Amiens is the perfect place for a group tour taking in the deeply moving history of the Picardy region.

Synonymous with the gruelling battle, the Somme defies its reputation. Cutting through the city, its leafy banks combine with the beautiful Les Hortillonnages gardens to provide the perfect foil to Amiens’ centre, creating a true inner-city idyll.

Amiens provides the perfect base for many of the memorials, cemeteries and battlefields of WWI.

The Somme provided the front line for one of Europe’s – and the world’s – most infamous battles. The western front, caked with mud, became a bloodied deadlock.

The enormous stone-pillared arch of Thiepval, the largest British war memorial in the world, features the names of 73,000 missing soldiers lost to the chaos of conflict. It stands on the ground of a former German stronghold stormed on the first day of the Somme. Still known as the bloodiest day of the British army, by the time night fell, 40,000 soldiers were injured, missing or dead.

Albert and Arras, Gems from the Ruins

Much of the Somme’s fighting centred around the now-rebuilt village of Albert. Named for Charles d’Albert, duc de Luynes, Albert became a part of Somme folklore when a German shell struck the Basilica of Notre-Dame de Brebières.

The church spire’s statue of Madonna tumbled to a near-horizontal position but remained precariously balanced in place. British soldiers insisted that whoever felled ‘The Leaning Virgin’ once and for all would be damned to lose the war. Though, their German counterparts believed the opposite. Ultimately, a British shell exploded through the Basilica’s tower, causing the Madonna to finally fall.

Close to the Belgian border lies the town of Arras. Former capital of the Artois region, Arras is a gem of a town. Its arcaded Flemish-style architecture and vibrant main squares seem a world away from the muddied and bloody fields of war.

Board your ferry/Eurotunnel and cross the Channel to Calais, before continuing through northern France to Amiens and check in to the hotel, your base for the next three nights.

Today we enjoy a guided tour around Amiens and discover the warren of streets in the Old Quarter. Perhaps take a walk along the River Somme, leading to the floating gardens of Les Hortillonnages. Stroll through the gardens or perhaps enjoy a guided boat tour along the waterways.

Amiens’ imposing Gothic Cathedral is a must see – especially if you visit between June and September when the facade will be illuminated at night by a spectacular light show. Colours are projected onto the cathedral front, highlighting the intricate detail and original pigments on the statues and carvings found during recent restoration and accompanied by a musical score.

Albert and the Somme Battlefields

Albert was a central point for much of the fighting in the Battle of the Somme. Discover the re-built church, home of the famous Madonna statue whose fate was believed to foretell the result of the war, whereas next door to the church lies the Musée Somme 1916.

Between Amiens and Albert lie many of the most notorious battlefields, memorials and cemeteries of the Battle of the Somme. From the evocative Thiepval Memorial to those that perished with no known grave, to the rolling trenches of Beaumont-Hamel Newfoundland Memorial, Delville Wood or simply a small roadside cemetery, the haunting history of the area is hard to miss.

Arras and return to the UK

Less than 1hr from Amiens lies the quaint town of Arras. Almost completely rebuilt after being destroyed during the Battle of Arras in WW1, discover the historic streets and Flemish-style architecture of the squares.

However, the town’s history lies not only above ground – under the streets of Arras lie a warren of chalk quarries that proved a strategic base for numerous assaults in WW1. The evocative Wellington Quarries museum relates the story of some 24,000 British and Commonwealth soldiers stationed there, 20m underground in 1917.

Continue back to the Channel ports and onwards home back in the UK.

Ideally located for visiting the city of Amiens, it is only a short walk from the pedestrian shopping area and cathedral and just over 1km from Les Hortillonages. The 94 air-conditioned rooms feature a desk, telephones and TV. All bathrooms contain a shower and hairdryer. Free wifi is available throughout the hotel. The large restaurant offers the new concept ibis breakfast each morning and dinners can be arranged for groups. There’s a small bar and web-corner as well as two meeting rooms. Coaches can drop off outside, but free parking is available at the municipal coach park 800m away. 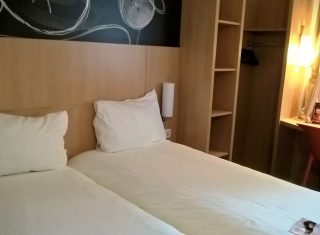 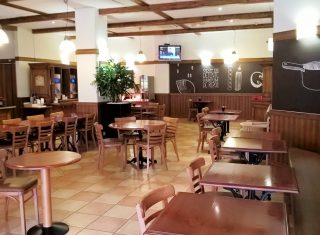 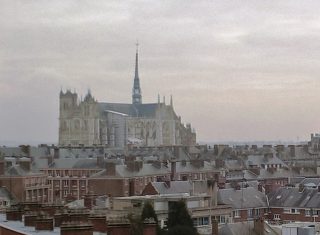 Prices by air or by train are available on request.

Price based on exchange rate of £1.00 = €1.17. All prices are per person based on sharing a double or twin room and with coach driver's free place in a single room both are based on a minimum 25 full fare paying passengers. Prices do not include UK coach hire or travel insurance. Dates are subject to availability. Smaller groups can be quoted for on request. Greatdays Holidays Limited are a member of ABTA (Y0380) which means you have the benefit of ABTA's assistance and Code of Conduct. Please ask us to confirm what protection may apply to your booking. Greatdays Holidays Limited has an ATOL licence (4279) and all of our air package tours are protected under this licence. In the unlikely event of our insolvency, the Civil Aviation Authority will ensure that you are not stranded abroad and will arrange to refund any monies you have paid to us for an advance booking. All the flights and flight-inclusive holidays on this tour are financially protected by the ATOL scheme. When you pay you will be supplied with an ATOL Certificate. Please ask for it and check to ensure that everything you booked (flights, hotels and other services) is listed on it. Please see our booking conditions for further information or for more information about financial protection and the ATOL Certificate go to: www.atol.org.uk/ATOLCertificate. Our website policy is to use only copyright free images or images which have been authorised to us for free use by the owner. If you consider an image to be unauthorised or to be your property, please contact us immediately and if invalid we will have the image removed. If your image requires crediting or is missing a copyright statement then we will be pleased to add this to the webpage, contact us at info@greatdays.co.uk 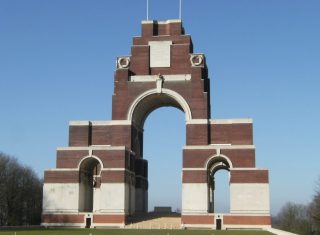 By Land and Sea