Group Tour Operator for holidays to Austria and the Alps

St. Anton and Tyrolean Dreams: Adventures in the Austrian Alps

Explore the many highlights of Tyrol and Austria’s Alpine region on this group tour, from its capital, Innsbruck, to the unforgettable scenery of the Silvretta Alpine Road. Weave from the majestic Lake Constance through the famous spa and ski resort of St. Anton to the Liechtenstein capital of Vaduz.

An area rich with some of Europe’s best vineyards and intriguing towns, take the chance to amble along cobblestone lanes beneath the snow-dusted peaks of the Alps. See the curious village of Oberammergau, site of the decennial Passion Play Germany and the opulence of the Swarovski Crystal World.

Here, where Germany, Austria, Switzerland, Italy and Liechtenstein all meet, there’s an endless array of places for your group to visit.

Lying on the border between Austria, Switzerland and Germany, Lake Constance was ground from the earth by the Rhine glacier during the last ice age. The lake is a veritable greatest hits of European landscape and culture, boasting Alpine foothills, Roman forts, vibrant wetlands, medieval castles, vineyards, orchards, and even a zeppelin or two (thanks to the nearby Zeppelin Museum ).

To its eastern shore, cradled in a nook on the German side of the Austrian border, lies the delightful old town of Lindau. A picture postcard of a destination, Lindau’s lakefront cafes lap up every possible ray of sun while offering some of Europe’s most striking views.

Further east still, beyond the Austrian border lies the ski village of St. Anton am Arlberg. Home of the Alps’ first ski club in 1901, St. Anton was the birthplace of downhill skiing. Nowadays, as well as great skiing, it offers a fascinating mix of bohemian living and buzzing nightlife.

On the banks of the Ill River, Feldkirch sits beside the picturesque Schattenburg Castle. The impressive red turrets and steep ramparts of the castle offer incredible views over the pastel town houses and dense forest below.

A little way to the south, Vaduz, capital of Liechtenstein offers the combination of modern comfort and tax-free luxury shops with classic Alpine views. Vaduz Castle, built in the 12th century, is the current official residence of the Prince of Liechtenstein and one of the best places to catch some wondrous Alpine panoramas.

Innsbruck, capital of the Tyrol region, is Austria in a nutshell. Its delightful old town and striking Habsburg palace are particular highlights. Built in the 15th century, the Hofburg residence is a pearly white gem featuring various frescos of its regal former residents, including Marie Antoinette.

The fairy-tale crystal world of Swarovski greets you to its sparkling utopia with the dazzling absurdism of a gem-encrusted giant’s head fountain. Within the Chamber of Wonders lie crystal forests and works from notable artists, including fashion designer Alexander McQueen.

North of the border in Germany, Schloss Linderhof was the smallest of Ludwig II’s three castles but the only that he ever saw completed. Inspired by Versailles and dedicated to Sun King Louis XIV, Linderhof is an ornate display of French gardens and fountains set before the majesty of the Alps.

In the mid-17th century as the bubonic plague tore across Europe, the residents of Oberammergau – a small German village in the shadow of the Alps – plead for salvation. In return they promised a play dedicated to the life and death of Jesus once every 10 years.

The rapidly inclining death rate eased and then began to fell. The village had been spared and the tradition of the Passion Play began.

Take a short sea crossing to Calais and travel south through France for an overnight stop before arriving in St. Anton, Austria on day 2.

Today we visit Lake Constance, one of the largest and most beautiful lakes in central Europe, sitting at the meeting point of Austria, Germany and Switzerland. Its shores are home to vineyards and intriguing towns rich in castles, churches, town squares and museums.

We visit the oldest town on the lake, Bregenz, which sits off the southern shoreline and has a famous floating theatre. There’s an optional trip by cable car to the summit of the Pfänder Mountain with spectacular views over the area. We continue to the picturesque island of Lindau, the ‘Town on an Island’, where centuries old buildings and picturesque alleyways lead to a lakeside promenade generally regarded as being one of the most attractive on the lake.

Spend today in the once sleepy and now charismatic St Anton. The idyllic village surrounded by luscious scenery and mountain peaks is a true dreamscape. Explore the village, take a cable car up into the mountains for more spectacular views, or relax at the hotel.

This morning we take a leisurely drive along the scenic Arlberg Pass to the medieval town of Feldkirch. There’s time to explore the well-preserved old town, which is built inside a very steep and rocky river valley. Surrounded by high cliffs and forests, the Old Town is well-preserved and has a host of impressive architecture including a beautiful cathedral and the imposing Schattenburg Castle.

In the afternoon we visit Vaduz, the capital of the tiny principality of Liechtenstein. Overlooking the small city is the 700-year-old Vaduz Castle, the palace and official residence of the Prince of Liechtenstein. This former farming town is also renowned for its excellent wine.

No visit would be complete without a visit to the beautiful Alpine city of Innsbruck, the capital of the Tyrol. With a spectacular backdrop of snow-capped mountains, Innsbruck offers a picture-book Old Town full of historical buildings. There’s an optional walking tour that includes the Imperial Palace and the famous Goldenes Dachl (Golden Roof), the symbol of the city.

For a captivating and glittering experience, visit the famous Swarovski Crystal World. Enter into the heart of this crystal empire to be awed by sparkling art.

We cross into Germany today to visit the delightful Linderhof Palace completed in 1878 and renowned for its sumptuous interiors. The palace was one of three built by King Ludwig II of Bavaria and was based on French architectural styles. Admire the palace’s many opulent delights including the Hall of Mirrors, the Palace Park, the Peacock Throne and the artificial grotto with wave machine.

We continue to Oberammergau, a charming little village of painted houses and woodcarvers. Also famous for the Passion Play performed each decade, maybe take the opportunity to visit the Passion Play Theatre.

For our final day in Austria we have a treat in store with a leisurely circular drive over the famous Silvretta Alpine Road that connects the Tyrol and the Voralberg. The highest point of the road is 2,032m, here there are a number of guesthouses offering good food and splendid views of the Piz Buin (3,312m), the highest peak in the Voralberg.

Silvretta High Alpine Road is open only from June until October, depending on the weather conditions. A toll fee is payable locally.

It’s time to leave Austria, make an overnight stop en route before continuing to Calais the following morning to return to the UK. 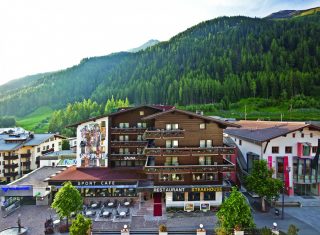 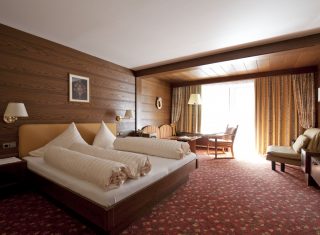 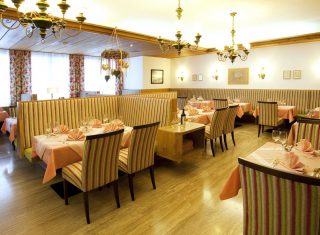 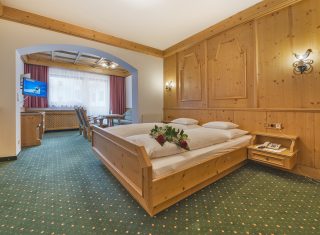 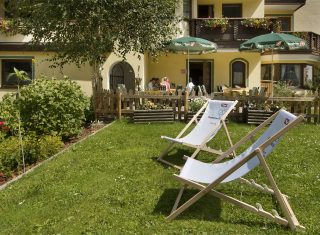 Price based on exchange rate of £1.00 = €1.17. All prices are per person based on sharing a double or twin room and with one free place in a single room, based on a minimum 25 full fare paying passengers. Prices do not include UK coach hire or travel insurance. Dates are subject to availability. Smaller groups can be quoted for on request. Greatdays Holidays Limited is a member of ABTA (Y0380) which means you have the benefit of ABTA's assistance and Code of Conduct. Please ask us to confirm what protection may apply to your booking. Greatdays Holidays Limited has an ATOL licence (4279) and all of our air package tours are protected under this licence. In the unlikely event of our insolvency, the Civil Aviation Authority will ensure that you are not stranded abroad and will arrange to refund any monies you have paid to us for an advance booking. All the flights and flight-inclusive holidays on this tour are financially protected by the ATOL scheme. When you pay you will be supplied with an ATOL Certificate. Please ask for it and check to ensure that everything you booked (flights, hotels and other services) is listed on it. Please see our booking conditions for further information or for more information about financial protection and the ATOL Certificate go to: www.atol.org.uk/ATOLCertificate. Our website policy is to use only copyright free images or images which have been authorised to us for free use by the owner. If you consider an image to be unauthorised or to be your property, please contact us immediately and if invalid we will have the image removed. If your image requires crediting or is missing a copyright statement then we will be pleased to add this to the webpage, contact us at info@greatdays.co.uk