With more than 76 lakes, it’s no surprise that the Salzkammergut region has become known as the Austrian Lake District. During this group tour, visit the very best the region has to offer: crystal clear Austrian Alpine Lakes, picturesque villages, rolling hills and rugged mountain ranges.

This tour will pass through the cinematic wonder of the Sound of Music in Salzburg and Mondsee while also taking in the famous Schafberg cog railway and the little lakeside Gmunden Ceramic Factory. Cross the border into Bavaria and take in the emerald green Königsee and the perilously perched Eagle’s Nest – Hitler’s summer lodge retreat.

The town of Mondsee extends from the northern tip of the crescent-shaped lake with which it shares a name. It is best known for its 15th century parish church – its yellow facade made famous in the wedding scene from The Sound of Music.

The scenic route through the lakes takes in Attersee – Austria’s largest lake – before arriving at Wolfgangsee. Named for a local saint, the lake is dominated by the 1783-m Schafberg Mountain to its northern shore, the summit of which features Austria’s oldest inn and incredible panoramic views over the lakes.

To get there, the quirky Schafberg Railway steam train putters through green fields and dense woodland to the mountain top, offering the best route to the summit.

To the east lies the town of Gmunden, made famous by its historic salt mining and ceramics industries. The Gmunden Ceramics factory is a real highlight while the town’s marina, lakeside squares and promenades give it something of a Riviera feel.

Across the glimmering turquoise waters of Austria’s deepest lake, the Traunsee, sits the quietly charming market town of Ebensee. Nestled among the spectacular Austrian peaks, its tranquillity belies its darker history as site of part of one of the SS’s most brutal work camps.

Salzburg: Not just Mozart and The Sound of Music

Beneath steep Alpine hills upon the bank of the Salzach River, the elegant domes and spires of Salzburg reach skyward with a lofty ambition matched only by its cultural history. Classical music flows through the idyllic city streets as naturally as the sound of traffic might in any other city.

Birthplace to Mozart and setting of The Sound of Music, Salzburg isn’t content with the past. Instead it continues to reach into the future with a flourishing arts scene and varied cuisine as the city music halls keep tradition alive.

Salzburg sits beneath gargantuan mountains, watched carefully by the cliff top Hohensalzburg fortress, but it is never overshadowed.

The Advent of War and Lakeside Bliss

Bad Ischl built its reputation on the fateful visit of Habsburg Princess Sophie. Struggling to conceive, the princess arrived in the town for treatment. Within two years she gave birth to the future emperor, Franz Josef I, with two more sons following soon after. From there the spa town’s reputation only grew.

Franz Josef made Bad Ischl his summer home, journeying back to the Italianate-style Kaiservilla each year. It was from here that he sent the letter announcing war with Serbia in 1914, sparking the First World War.

To the south, the pastel reflections of Hallstatt’s oh-so-typically Austrian houses float freely on the crystal lake, seemingly independent of the thin strip of land upon which the village is built.

Across the border in Bavaria, overshadowing the clean emerald waters of Königsee, stands the Adolf Hitler’s summer Kehlsteinhaus retreat.

Translating as the Eagle’s Nest, it stands 1834-m above sea level at the end of a 6-km mountain road connecting to the summit via a 124-m brass-panelled lift through the rock face.

Now a restaurant offering impressive views over the Alps, the lodge’s dark history and unusual position makes this a fascinating spot to visit.

Take a short sea crossing to Calais and travel to Germany France for an overnight stop before arriving in Austria.

This morning we take a scenic drive around Mondsee, home to the baroque St Michael’s Church, the setting for the wedding scene in ‘The Sound of Music’.

We continue past Attersee and stop at Wolfgangsee to visit the famous ‘White Horse Inn’, set in this truly picturesque location. In the afternoon, perhaps board an historic steam locomotive on the famous Schafberg cog railway and ride to the mountain’s summit for spectacular 360˚ panoramic views.

Enjoy free time to relax in the hotel and explore the surrounding area. Depending on the choice of hotel, perhaps take a lake cruise.

Today, we drive to historic Gmunden where you can enjoy lakeside squares and pretty promenades. Visit the pottery factory and discover the secrets behind the famous hand-painted Gmunden ceramic with a tour. Then cruise southwards on a paddlesteamer over Traunsee’s turquoise waters to Ebensee, where we will rejoin the coach.

Romantic Salzburg – Mozart and ‘The Sound of Music’

The city comes alive with the sound of music today as we spend the full day exploring romantic, fairy-tale Salzburg, the birthplace of Wolfgang Amadeus Mozart, and the setting for many of the scenes in The Sound of Music.

A guided walking tour through the traffic-free streets is followed by free time to explore more of the old town. Perhaps visit Mozart’s birthplace, or take a funicular up to the medieval Hohensalzburg fortress that overlooks the old town.

Today we head off to Bad Ischl, a popular holiday and spa resort. There’s time to explore the parks and gardens and see the Kaiservilla, the summer residence of Emperor Franz Joseph I. In the afternoon, we travel to Hallstatt, one of the most beautiful villages in the lake district with wonderful views across Hallstattersee.

Königssee and the Eagle’s Nest

Today we cross into Bavaria to visit the Königssee, a beautiful lake with crystal clear waters.

We then visit the Eagle’s Nest, Hitler’s former mountain-top residence, now part museum and part restaurant. Specially-equipped mountain buses take you the final part of the journey along a spectacular 6.5km route up to the rock face where a luxurious brass lift whisks you up through the rock to reach the Kehlsteinhaus itself. After touring the historical building enjoy another panoramic view of the Bavarian and Austrian Alps.

It’s time to leave Austria, make an overnight stop in Germany before continuing to Calais the following morning to return to the UK.

Ideal lakeside location with wellness centre, restaurant and bar with terrace. Four course dinners with menu choice. Welcome drink and gala dinner as part of half board, free use of hotel’s private beach. Coach parking available opposite the hotel.

Family-run hotel, located in a quiet part but not far from the centre of St. Georgen. Outdoor swimming pool and coach parking in front of hotel. 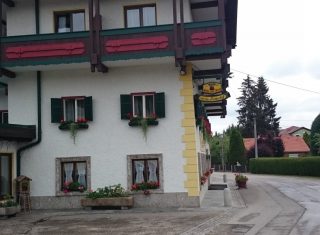 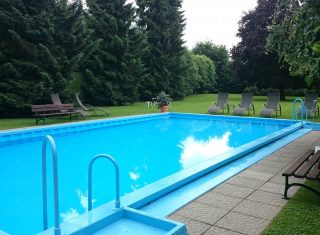 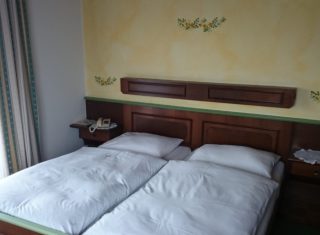 Jungfrau, Interlaken and the Beauty of Switzerland’s Alps

Price based on exchange rate of £1.00 = €1.17.All prices are per person based on sharing a double or twin room and with one free place in a single room, based on a minimum 25 full fare paying passengers. Prices do not include UK coach hire or travel insurance. Dates are subject to availability. Smaller groups can be quoted for on request. Greatdays Holidays Limited is a member of ABTA (Y0380) which means you have the benefit of ABTA's assistance and Code of Conduct. Please ask us to confirm what protection may apply to your booking. Greatdays Holidays Limited has an ATOL licence (4279) and all of our air package tours are protected under this licence. In the unlikely event of our insolvency, the Civil Aviation Authority will ensure that you are not stranded abroad and will arrange to refund any monies you have paid to us for an advance booking. All the flights and flight-inclusive holidays on this tour are financially protected by the ATOL scheme. When you pay you will be supplied with an ATOL Certificate. Please ask for it and check to ensure that everything you booked (flights, hotels and other services) is listed on it. Please see our booking conditions for further information or for more information about financial protection and the ATOL Certificate go to: www.atol.org.uk/ATOLCertificate. Our website policy is to use only copyright free images or images which have been authorised to us for free use by the owner. If you consider an image to be unauthorised or to be your property, please contact us immediately and if invalid we will have the image removed. If your image requires crediting or is missing a copyright statement then we will be pleased to add this to the webpage, contact us at info@greatdays.co.uk