Group tour operator and DMC for tours to Beaujolais, France

Beaujolais Nouveau Day is marked in France on the third Thursday in November with fireworks, music and festivals. Under French law, the wine is released at 12:01 a.m, just weeks after the wine’s grapes have been harvested. Parties are held throughout the country and further afield to celebrate the first wine of the season. Along the roads of Southern Burgundy, discover the history and the heritage of lush countryside.

The most famous —Les Sarmentelles—is held in the town of Beaujeu, the capital of the Beaujolais region. Now in its 29th year, the festival kicks off in the early evening the day before Beaujolais Nouveau, the five-day festival features wine tasting, live music and dancing. During the afternoon on Beaujolais Nouveau Day, a heated tent offers wine and a range of local foods for visitors to sample.

In the Mâconnais area, there’s always something to do. The urban and architectural wealth of Mâcon is witness of a past. Mâcon town centre invites you to visit its museums and historical sites. In the vineyard, the luscious vines roll through the hills and a lot of typical villages shelter old wash houses and winemakers’ houses. Cutting through the city is the Saône River, straddling the winding river are some excellent restaurants and a small historic centre consisting of a narrow streets near the riverfront.

As the saying goes “It’s Beaujolais Nouveau time” so get in touch today to find out some more details.

Take a short sea crossing to Calais and travel south for an overnight before arriving in Macon on day 2.

Full day excursion with an English speaking guide through the vineyards and famous places in the south of Burgundy. Highlights include the Solutré Rock, an important prehistoric site. Many horse bones, flints and coins have been discovered at the foot of this limestone cliff. It was used as a hunting site for over 25,000 years. Also included is a guided tour of the Château de Pierreclos, a fine example of medieval architecture. Here, take a stroll on the terrace overlooking the vineyards and imagine the activity that reigned in the fifteenth century in the kitchen or the bakery. At the end of your visit, enjoy a wine-tasting before an outstanding four course lunch with drinks (a glass of wine + coffee).

After a leisurely start to the day, you will meet with your English speaking guide for a tour of the town of Mâcon. The centre has a fantastic mix of diversified and imposing architecture with houses and private mansions dotted about the old town. Enjoy a four course lunch with drinks included (a glass of wine + coffee) in the village of Romaneche Thorins before a guided visit of the Hameau Duboeuf, Beaujolais Wine Park. The Hameau Duboeuf has a unique collection of displays which present a wonderful journey through the trades of the vine and wine. Explore the legendary wine route: the Paris-Lyon-Mediterranean line and the ‘Jardin en Beaujolais’, where you can learn about the fragrances of the flowers that make up the rich aromas of wine.

Return to the UK.

It’s time to leave the Macon and return to the UK. Make an overnight stop en route back to Calais for the return crossing on Day 6.

Champagne, Strasbourg and the Alsace

All prices are per person based on sharing a double or twin room and with coach driver's free place in a single room both are based on a minimum 25 full fare paying passengers. Prices do not include UK coach hire or travel insurance. Dates are subject to availability. Smaller groups can be quoted for on request. Greatdays Holidays Limited are a member of ABTA (Y0380) which means you have the benefit of ABTA's assistance and Code of Conduct. Please ask us to confirm what protection may apply to your booking. Greatdays Holidays Limited has an ATOL licence (4279) and all of our air package tours are protected under this licence. In the unlikely event of our insolvency, the Civil Aviation Authority will ensure that you are not stranded abroad and will arrange to refund any monies you have paid to us for an advance booking. All the flights and flight-inclusive holidays on this tour are financially protected by the ATOL scheme. When you pay you will be supplied with an ATOL Certificate. Please ask for it and check to ensure that everything you booked (flights, hotels and other services) is listed on it. Please see our booking conditions for further information or for more information about financial protection and the ATOL Certificate go to: www.atol.org.uk/ATOLCertificate. Our website policy is to use only copyright free images or images which have been authorised to us for free use by the owner. If you consider an image to be unauthorised or to be your property, please contact us immediately and if invalid we will have the image removed. If your image requires crediting or is missing a copyright statement then we will be pleased to add this to the webpage, contact us at info@greatdays.co.uk 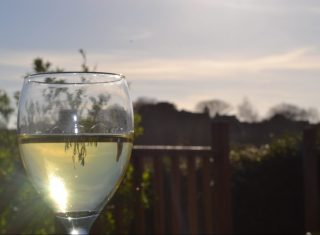 Sunlight reflecting on a wine glass