The breathtaking Islamic architecture as well as the shimmering deserts and the incredible cuisine make Iran a place, that should not be missed. Thus Iran is the ideal place for a true and culture-rich adventure. This is due to improved relations with global communities and a growing tourism industry. This fantastic tour allows you to see the best central Iran has to offer. The tour starts in Tehran before it continues in south-westerly direction to Ahvaz and Susa. A highlight is a visit of Iran’s ‘cultural capital’, Shiraz. From there the tour heads northbound again and includes visits to Yazd and Isfahan as well as Kashan.

Explore this hidden world of ancient Persian ruins, colourful bazaars and turquoise tiled domes. As one of the oldest continuously inhabited civilisations in the world, Iran is enriched by centuries of tradition with a culture that is steeped in symbolism. From the red mud-brick architecture of Yazd to the haunting and spectacular ruins of Persepolis, Iran is a land of exceptional beauty and home to endlessly welcoming people. The sights, smells and sounds of this proud and sacred land are sure to amaze everyone who visits.

Other tours in the Middle East!

Fly from London and arrive in Tehran where you will be met by your local guide and transferred to your hotel. Welcome meeting and introduction to Iran with your local guide.

Tehran – Tour of the capital city

Learn about the history of Tehran with a city tour. Visit the superb Golestan Palace, a masterpiece of the Qajar era, embodying the successful integration of earlier Persian crafts and architecture with Western influences. Later ramble through the enormous bazaar and visit the Iman Khomeni Mosque.

Transfer to the airport for your flight to Ahvaz. Visit the old and hectic bazaar and then take a relaxing stroll through Riverside Park. Stop to view the White Bridge, the first bridge crossing the Karoun River, considered as the main symbol of the city. In the evening go to Kianpars street and stroll amongst the shops.

Travel to Susa, one of the oldest-known settlements of the region. First traces of an inhabited village date back to 7000 BCE. In Chogha-Zanbil, visit the ziggurat, a massive man-made mound built in the Elamite period in 1250 B.C. Later, visit the Tomb of Daniel, the burial place of the biblical prophet. Stop at Shushtar on the way back to Ahvaz and visit the Qajar Water Mills.

Shiraz – Travel to Shiraz via Bishapour

Bishapour is an ancient town of Sassanian origin, founded during the second century AD, on the site of an older city abandoned in the time of Alexander the Great. On arrival in Shiraz, you will have the afternoon at leisure.

Visit the Karimkhan citadel, a mud-brick citadel from the 18th century, a time when the whole of Persia was ruled by Karim Khan from Shiraz. Don’t miss the incredible colourfully decorated Nasir-ol-Molk Mosque, where sunlight streaming through stain glass windows fills the interior with kaleidoscopic colours.

Shiraz – Enjoy a tour of the ancient city

In the 13th and 14th century, Shiraz was home to two of Persia’s most famous poets, Hafez and Saadi. Visit the Saadi and Hafez Tombs. Appreciate the intricate artwork of their tombs and understand their continued importance in Iranian society. In the afternoon, visit the Atigh Mosque which dates back to 894. The attraction of this mosque is its House of God (Khaneh Kabeh), a square building in the centre of the courtyard the same shape of Ka’ba in Mecca. Build in the 14th century, and it is said once to have stored some of the most valuable copies of the Koran.

Travel to Yazd. Once a major stop on the caravan routes to Central Asia and India during the Silk Road period, Yazd still retains a rustic feel. Marco Polo visited the city on his way to China. Stop off at Persepolis and Pasargad on the way to see the ancient ruins dating back to around 518 B.C.

Yazd – Discover one of the world’s oldest cities

Enjoy a city tour of Yazd. Walk the narrow kuches (lanes), past simple courtyards and the ornate doors of the mud brick buildings. Visit the Jame Mosque, Amir Chakhmaq Sqaure, and Atashkadeh Fire Temple, where the fire is said to have been continuously burning since 470 AD.

Drive to Isfahan via Naien. Isfahan is Iran’s jewel, quite simply one of the finest places in the Islamic world, and a visit here will leave you breathless. Take an evening stroll to the Zayandeh River and its historic bridges.

Isfahan – Enjoy a tour of the former capital

During the 16th century Isfahan was the capital of Persia. Even though the capital was moved to Shiraz and then Tehran, the city still retains much of its past glory. Tour the immense Imam Square, the second largest in the world, surrounded by many grand buildings, such as the Ali Qapu Palace, Sheikh Lotfollah Mosque, Qeysarieh Portal and the majestic Imam Mosque. Later, visit the atmospheric bazaar with its wonderful scents and spices, musical merchants’ cries and, of course, thousands of locals bargaining for their most desired items.

Visits the Jameh Mosque (Friday Mosque), the biggest in all Iran and full of beautifully designed stuccos, and the fresco-filled Chehel Sotun Palace, a relaxed complex with a pool. Discover the bizarre Manar Jomban (shaking minarets) and the old bridges of Isfahan.

Kashan is a merchant town known for its high quality ceramics, silks, carpets, and some of the finest traditional houses in Iran. Visit the most impressive Islamic complex in Kashan – the Agha Bozorg Mosque and Madraseh, famous for its symmetrical design. Later, if you have the energy, take some free time to explore the town’s other sights such as the Fin Gardens, a classical Persian vision of paradise and one of the most beautiful gardens in the Middle East.

Travel to Tehran and enjoy the afternoon at leisure. Spend some time at the Grand Bazaar, the commerical heart of the city, which boasts over ten kilometres of labyrinthine covered shops and eateries.

Transfer to Tehran Airport for your return flight to UK.

Iran has extremely cold winters and really hot summers. Therefore, the best times to visit Iran is from mid – April to early June and late September to early November. Iran is best avoided during Ramadan, the month of fasting, when most restaurants remain closed during the day between dawn and dusk and are open only at select hours in the evening, making it difficult for travellers to arrange for regular meals.

Visa Requirements:
British passport holders require a visa to enter Iran, the process may be long so it is better to apply well in advance.Females must wear a headscarf in their application photos, and your passport must have a minimum of 6 months left on it. British citizens can’t obtain a visa on arrival.

The tour will run with a minimum of 10 passengers. A group is 10 persons or more. Smaller groups can be accommodated. Picture is for illustrative purposes only. Greatdays Holidays Limited has an ATOL licence (4279) and all of our air package tours are protected under this licence. In the unlikely event of our insolvency, the Civil Aviation Authority will ensure that you are not stranded abroad and will arrange to refund any monies you have paid to us for an advance booking. All the flights and flight-inclusive holidays on this email are financially protected by the ATOL scheme. When you pay you will be supplied with an ATOL Certificate. Please ask for it and check to ensure that everything you booked (flights, hotels and other services) is listed on it. Please see our booking conditions for further information or for more information about financial protection and the ATOL Certificate go to: www.atol.org.uk/ATOLCertificate 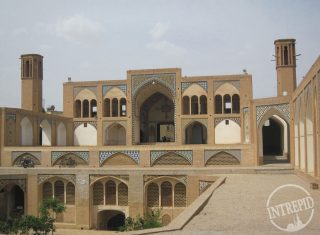