Take a group tour to Donegal, Ireland. Wild and remote, County Donegal marks the most northerly point of Ireland. Almost completely surrounded by the Atlantic, Donegal’s scenery is a true national treasure.

On this exciting tour you will visit the quaint town of Donegal and enjoy a boat trip around the bay, you will also experience some of Ireland’s greatest scenery at Glenveagh National Park and the Slieve League Cliffs. Visits to Belleek Pottery and Lifford Courthouse add an extra light hearted, historic and artistic dimension to this tour.

Standing atop the wave-beaten Slieve League (Sliabh Liag) cliffs of County Donegal as the final embers of daylight sink into the horizon you could be forgiven for thinking you were staring off the edge of the world.

Among Europe’s tallest cliffs at 600-m above sea level, the green cliff top crags of the Slieve League contribute to Donegal’s already outstanding natural beauty amid soft, sandy beaches and the might of the Atlantic.

Up river, Donegal Castle stands a monument to twisting historic fates. Built and used as a seat of power by the O’Donnells in 1474, the family torched it upon taking flight from English lords seeking to force Irish Chieftans from positions of influence. It was rebuilt in 1623 and remains an ornately preserved reminder of past ways.

The mirror’s reflections of Glenveagh National Park’s many lakes gives the appearance of its sublime peaks reaching as far down into the earth as they do skyward. Crystal serenity perpetuates Ireland’s second largest national park broken only by the gently of the breeze chasing itself through the trees.

The skies are once more home to golden eagles, reintroduced after being hunted to extinction, while the park hosts Ireland’s largest population of red deer. The deer were introduced by landowner John George Adelia, whose extravagant Glenveagh Castle provides contrast to the land’s quiet nature.

A world away, Lifford Courthouse provides ‘live’ tours of the old courthouse dungeons within which visitors can experience life among prisoners. Actors play inmates and prison guards, arresting and locking up guests – those particularly poorly behaved may find themselves in the stocks.

Resting at the feet of Sligo’s most famous mountain – Benbulben – the village of Drumcliffe is surrounded by idyllic countryside. The picturesque village was founded on a monastery as early as the 6th century and remains a delightful tour destination.

Beyond the village lie the lush green lands of County Sligo that inspired Nobel laureate and poet W. B. Yeats. The country comes wrapped in mysticism and folklore inviting your imagination to get lost along its fields and paths.

Derry (or Londonderry) is a city of deep and bloody history made over with pleasant facades. Renovated for its stint as UK City of Culture in 2013, the city saw remodelling of its waterfront and guildhall area as well as the building of the impressive Peace Bridge. Now, the city is thriving as an centre for arts in Northern Ireland.

The city doesn’t hide its past, however. From the 17th century siege of Derry to the Battle of Bogside and Bloody Sunday, Derry’s history can be experienced from the encircling city walls or tours of the Bogside murals.

Suggested itinerary by coach or air

Travel to Ireland by either coach and ferry or fly from your local airport.

Travel via Killybegs to view the spectacular Slieve League cliffs, the highest in Europe at 1,972 ft above the sea. Enjoy the views of the Glengesh Pass and on to Donegal where you will have some free time to wander the old town; perhaps visit the 17th century Donegal Castle and the famous Magee’s Tweed shop before taking a short cruise of Donegal Bay.

Today visit Glenveagh National Park, a remote and hauntingly beautiful wilderness of rugged mountains, pristine lakes, tumbling waterfalls and enchanted native oak woodland in the heart of the Derryveagh Mountains in the northwest of County Donegal. A tour of Glenveagh Castle is included on your trip. Located at the centre of the Park, on the edge of Lough Veagh, Glenveagh Castle is a late 19th century castellated mansion, built as a hunting lodge.

This afternoon visit Lifford Courthouse for the ‘Live’ tour for a step back in time, as you mingle with prisoners from years gone by in Donegal’s original county jail! An actor will take you down into the original dungeon cells where you will face arrest by our prison guard, suffer a lesson with the stern schoolmaster and try and avoid some pesky asylum inmates. Any caught misbehaving will be thrown in solitary confinement or even worse – the stocks!

This morning enjoy a fascinating factory tour of the world famous Belleek China Pottery. After exploring the small museum, your tour guide will take you around the factory where you can watch the different stages of the pottery making process and speak with the craftspeople as they work. There will also be time to explore the shop and enjoy refreshments in the café.

In the afternoon visit Drumcliffe Village and Visitor centre – laying under the shadow of Sligo’s most famous mountain, Ben Bulben. Enjoy the rest of the afternoon at leisure in Sligo where you can visit Sligo Art Gallery, St John’s Cathedral, Sligo Abbey and Sligo County Museum.

Time permitting, enjoy a morning visit to Derry; the 2013 Capital of Culture. Enjoy a fascinating tour explaining the turbulent and moving history of this beautiful city. Visit the cathedral, take a walk on the ancient city walls and stroll over the stunning new Peace Bridge. Afterwards return home.

This 4-star hotel is set in 130 acres of parkland in the popular tourist town of Bundoran just 7 minutes walk from the beach. Overlooking Donegal Bay, it has a golf course and a fully equipped leisure club including gym, indoor pool, sauna, steam room and hot tub. A restaurant and 2 bars are available on-site. All rooms are equipped with a TV, telephone and private bathroom. Many rooms also boast views of the coast or golf course.

Prices include return ferry. If you would like a price travelling by air, please do not hesitate to contact us.

We can offer a wide range of overnight stays along Ireland’s Ancient East or North Wales should require you them when travelling to Donegal.

Exchange rate based on £1 = €1.170. All prices are per person based on sharing a double or twin room and with one free place for a coach driver or group organiser in a single room, both are based on a minimum 20 full fare paying passengers. Prices do not include UK coach hire, travel or travel insurance. Dates are subject to availability. Smaller groups can be quoted for on request. Pictures are for illustrative purposes only. Greatdays Holidays Limited has an ATOL licence (4279) and all of our air package tours are protected under this licence. In the unlikely event of our insolvency, the Civil Aviation Authority will ensure that you are not stranded abroad and will arrange to refund any monies you have paid to us for an advance booking. All the flights and flight-inclusive holidays on this tour are financially protected by the ATOL scheme. When you pay you will be supplied with an ATOL Certificate. Please ask for it and check to ensure that everything you booked (flights, hotels and other services) is listed on it. Please see our booking conditions for further information or for more information about financial protection and the ATOL Certificate go to: www.atol.org.uk/ATOLCertificate. Our website policy is to use only copyright free images or images which have been authorised to us for free use by the owner. If you consider an image to be unauthorised or to be your property, please contact us immediately and if invalid we will have the image removed. If your image requires crediting or is missing a copyright statement then we will be pleased to add this to the webpage, contact us at info@greatdays.co.uk 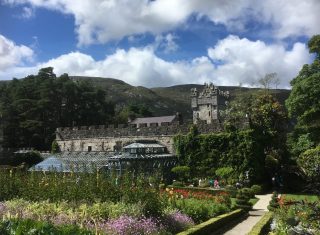