The Famous and The Fallen: Highgate Cemetery and Bentley Priory – NEW TOUR

Look, we get it. A group tour to a cemetery seems like a hard sell. But Highgate Cemetery isn’t just any cemetery. Founded in 1839, Highgate Cemetery hosts several famous names and endlessly impressive architecture.

The tour comes with the option to visit the Royal Airforce Museum to explore the hundred-year history of the RAF and its continued role today or BAPS Shri Swaminarayan Mandir – better known as Neasden Temple.

Formed in 1975, The Friends of Highgate Cemetery formed with the aim of rescuing the cemetery from the state of disrepair it had fallen into after being abandoned to nature and vandals by the private firm that no longer found it profitable.

Since then, an increasing amount of restoration and conservation work has been carried out. The Egyptian Avenue, Circle of Lebanon and the Terrace Catacomb, along with over seventy other monuments, have now been listed by English Heritage, with over double that number having had expert attention and maintenance. During 2011, the chapel interior was restored to its 1880’s colour scheme and reopened for funerals.

You will visit the West Cemetery with its sinuous paths winding up a steep wooded hill and ivy-clad monuments. Here is a secluded funerary landscape at its most evocative. The West Cemetery is home to the most impressive architectural features of Highgate Cemetery — the Chapel, Colonnade, Egyptian Avenue, Circle of Lebanon, Terrace Catacombs and the mausoleum of Julius Beer. Visit the West Cemetery by guided tour only.  The tours last approximately one hour, so it is advisable to wear sturdy and comfortable footwear.

Home to famous characters such as Karl Marx and George Eliot, the East cemetery is a must see.  This part is free flowing so you can spend as much or as little time as you like taking in the resting places of the rich and famous.

Tempted by something more?

The tour also includes a visit to the nearby Bentley Priory Museum in Stanmore, which tells the fascinating story of the beautiful Grade II listed country house and its role as Headquarters Fighter Command during the Battle of Britain.

Another option to consider is the Royal Airforce Museum, telling the story of the RAF in the past century, through war and peace and its continued relevance today. The multi-award winning First World War in the Air exhibit is one of many excellent looks back at the tale of British military aviation.

For a change of pace, why not also consider Neasden Temple? When it was built, Neasden Temple was the largest traditional Hindu stone temple outside of India. Though it has since been surpassed for this record, it’s grandeur in the community remains undiminished. Intricate marble and wood carvings, traditional Hindu prayer ceremonies and the Understanding Hinduism exhibition provide insight into the Hindu faith.

Before arriving at your hotel, consider a visit to The Royal Air Force Museum at Hendon, North London –  Britain’s only national museum dedicated to telling the story of the RAF and its people.

The three new innovative galleries explore the first 100 years of the RAF, its role today and invite visitors to imagine its future contribution and technology.

The rest of the site including the multi award-winning First World War in the Air Galleries, Historic Hangars and Bomber Command Hall are also open – offering a great day out to all our visitors.

You can explore the RAF’s story through the programme of events, lectures and temporary exhibitions throughout the year. The staff and volunteers are available to help you have a great time.
We can also arrange for a guided tour (prices on request).

An English breakfast in the hotel.

Meet your guide at the West Cemetery for your 40 minute guided tour.  The Catacombs, Egyptian Avenue and the Circle of Lebanon are located here.  After your guided tour, spend some time looking around the East Cemetery which boasts some famous names including Karl Marx and and George Eliot. Be sure to wear sturdy footwear as the path can be a little uneven.

Lunch at the Grim’s Dyke Hotel

The very name Grim’s Dyke has its roots firmly in Roman history. It was originally a huge defensive earthwork which, over three miles long, formed the boundary of Catuvellauni territory, a tribe that fought the Romans.  The 4 star hotel that now stands here was the former home of Sir William Gilbert, of the famous duo Gilbert and Sullivan.

Enjoy a delicious two course lunch with tea and coffee in the restaurant.

Explore the important stories of ‘The One’– Air Chief Marshal Sir Hugh Dowding, ‘The Few’ who took to the air to defend our skies and ‘The Many’ without whose tireless work on the ground, victory would not have been possible and discover how technology, leadership and courage forged victory, allowing Britain’s darkest hour to also be her Finest Hour.
You will have a one hour guided tour at the Museum followed by some free time. You can take an afternoon tea (additional charge) in the lovely cafe overlooking the spectacular Italian Gardens, and if the weather is nice, outside seating is available.

Return to your hotel late afternoon and dinner in the evening.

If you didn’t get chance to visit the RAF Museum at Hendon, you can do so this morning, or alternatively Neasden Temple

A group visit to BAPS Shri Swaminarayan Mandir is an ideal way to learn about Hinduism and enjoy exquisite Indian art and architecture. It is a masterpiece of Indian design and workmanship in the heart of London. Marvel at the intricate marble and wooden carvings and experience a traditional Hindu prayer ceremony. Also, learn about the world’s oldest living faith from the ‘Understanding Hinduism’ exhibition.
Please note that as this is a house of worship, visitors are kindly requested to observe the code of conduct. It is customary to make a small donation directly to the temple on arrival.

After your visit, make your way home.

We offer a selection of hotels in Watford and the surrounding area, including the Jurys Inn, Mercure and Hilton Watford, Doubletree by Hilton London Elstree and Holiday Inn Brent Cross.

This tour is available with Sunday arrivals.

A single room supplement will apply – details on request.

All prices are per person based on sharing a double or twin room and with one free place in a single room, both are based on a minimum 20 full fare paying passengers. Prices do not include coach hire or travel insurance. Dates are subject to availability. Smaller groups can be quoted for on request. Pictures are for illustrative purposes only. Our website policy is to use only copyright free images or images which have been authorised to us for free use by the owner. If you consider an image to be unauthorised or to be your property, please contact us immediately and if invalid we will have the image removed. If your image requires crediting or is missing a copyright statement then we will be pleased to add this to the webpage, contact us at info@greatdays.co.uk 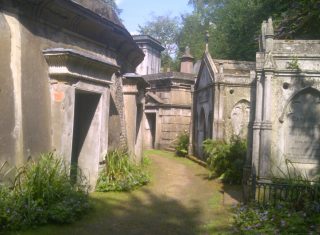