Explore the stunning Lake District in Cumbria in the North West of England. A popular destinations for scene-seekers and market dwellers. Known for its glacial ribbon lakes, rugged fell mountains and historic literary associations, the Lake District is truly one of the most beautiful regions of England. This tour brings together many of the very best attractions in Cumbria. There are relaxing cruises on Lake Windermere and Ullswater, a steam train ride on the Lakeside and Haverthwaite Railway, and visits to Grasmere, Wordsworth’s Dove Cottage, Bowness, Kendal and Sizergh Castle.

Lake Windermere is surrounded by mountain peaks and villages, including Bowness-on-Windermere, where The World of Beatrix Potter Attraction has modern displays on the children’s writer. However, the main attraction here is the beautiful Lake itself, with the newly opened Windermere Jetty, cruising on Lake Windermere has never been easier and more convenient for groups. Step aboard the most popular boats in the Lake District. Relax and enjoy the stunning Windermere scenery, all of which offering panoramic views of both the lake and more distant mountains. It truly is a spectacle to behold.

The Best Kept Secret in the Lake District – Ullswater Steamers

Second only to Windermere, in size, Ullswater is no less stunning. Ullswater sits amidst the splendour of some of the finest fells in the Lakeland. The countryside around the lake provides a vast variety of walks from short ambles to challenging hill walks, including the scenic Helvellyn. However, for those looking for a quieter, tranquil excursion in Ullswater, look no further than the famous Ullswater steamers. Aboard one of the heritage vessels, enjoy the comfy, relaxing saloons whilst taking in the marvellous scenery. A Scenery that inspired William Wordsworth’s to write his famous ‘Daffodil’ poem.

‘The Loveliest Spot That Man Hath Ever Found’

These words describing the Lake District come from one Britain’s most celebrated poets; William Wordsworth. In late 1799, while on a walking tour of the Lake District, Wordsworth saw Dove Cottage in Grasmere and decided to make it his home. He had known the valley as a boy, describing it as ‘paradise’. Within a few weeks, Wordsworth and his sister Dorothy had moved in. Dorothy kept her fascinating Grasmere journal. Today, you can visit Dove Cottage and see Wordsworth’s inspirations, including details on his thoughts and writing about man, nature and society, that are so relevant, they could have been written yesterday. As well as this, whilst living at Dove Cottage, Wordsworth produced most of his greatest and best-loved poems.

See all this and more on the fantastic tour of the Lakeland Delights and for a more tours and excursion suggestions, why not check out our The Lakes and Scenic trains tour.

This morning we head to the charming village of Grasmere to visit Dove Cottage, the home of poet William Wordsworth from 1799 to 1808. Next door is the fascinating Wordsworth Museum. Our tour continues with a scenic drive along beautiful Coniston Water, the inspiration for the Arthur Ransome novel Swallows and Amazons. We take a steam train ride on the Lakeside and Haverthwaite Railway to the southern tip of Lake Windermere before taking a cruise up the lake to Bowness. There’s free time to explore this popular lakeside town, or perhaps visit The World of Beatrix Potter attraction.

A morning visit to the historic market town of Kendal, famous for its narrow lanes, ancient yards and Kendal Mint Cake. In the afternoon, visit the National Trust’s Sizergh Castle. Home to the Strickland family for more than 750 years, the castle is set in acres of beautifully landscaped gardens, and furnished with fine English and French furniture and family portraits.

Start the day with a relaxing cruise on spectacular Ullswater, with Helvellyn dominating the landscape. Our journey takes us from Glenridding at the southern end, to Pooley Bridge, nine miles to the north. In the afternoon we visit the small market town of Keswick to visit the Thursday local craft and produce market.

The Cumbria Grand is set in 25 acres of gardens and woodlands, and is only a 15-minute drive from Lake Windermere. There are 124 bedrooms which are equipped with en-suite bathroom, TV and complimentary tea and coffee making facilities. The hotel has a large and comfortable lounge and welcoming restaurant. Entertainment is on some nice nights. The hotel benefits from a putting green and tennis courts. Coach parking is complimentary and there is a lift to all floors.

The hotel is situated in a secluded, wooded valley, high in the Shap Fells and surrounded by mountain streams and only minutes from the M6 (Junction 39) and the A6. Free WiFi is available throughout the entire hotel including all public areas and guest accommodation. Complimentary parking is available at the front and rear of the hotel. All 98 bedrooms have recently been refurbished and are equipped with en-suite bathroom, TV and complimentary tea and coffee making facilities.

Ample on site coach parking at the hotel. 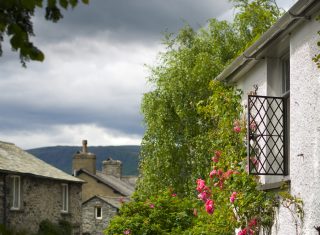