Painted Hall Greenwich – The Sistine Chapel of the UK

The Painted Hall at the Old Royal Naval College, Greenwich, is one of the most spectacular and important baroque interiors in Europe. Its Greenwich location makes it the perfect place for a group tour combining the artistry and cultural wonderment of history with the contemporary buzz of one of London’s most vibrant locations.

Take a day to explore the many attractions of Greenwich, from the Cutty Sark to the observatory, before experiencing the Painted Hall in all its grandeur with a guided tour.

The ceiling and wall decorations of the Painted Hall were conceived and executed by the British artist Sir James Thornhill between 1707 and 1726 at the pivotal moment when the United Kingdom was created and became a dominant power in Europe.

The accessions to the throne of William III and Mary II in 1688 and George I in 1714 form the central narrative of a scheme, which also triumphalises Britain’s maritime and trading successes. The artist drew on a cast of around 200 mythological and historical figures to tell a story of political change, scientific and cultural achievements, naval endeavours, and commercial enterprise against a series of magnificent backdrops.

In January 1806, the Painted Hall saw the laying-in-state of Admiral Lord Nelson on his long journey to St Paul’s Cathedral following his death at the Battle of Trafalgar. Large crowds queued up to view the body of Nelson over three days. The exact spot where the coffin lay is marked by a plaque on the floor.

Art through the ages and Naval functionality

For a hundred years from 1824 the Hall was given over to the first National Gallery of Naval Art. Thornhill’s painted interior assumed secondary importance to more than 300 easel paintings by artists such as J.M.W. Turner and Sir Joshua Reynolds.

The last naval pensioners left the site in 1869 when it became home to the Royal Naval College, an officers’ training academy. From 1937 to 1997 the Painted Hall functioned as a dining space for trainee officers of the Royal Navy.

A Village in the Heart of London

Greenwich is unique in producing the feel of a village a stone’s throw from central London while also hosting some of the capital’s most impressive attractions. Green parks, riverside pubs and a fantastic food market along with the Royal Observatory, the Cutty Sark and Queen’s House make the borough one of London’s best for a day out.

With attractions such as the National Maritime Museum and Old Royal Naval College, Greenwich also boasts some of London’s most distinctive and beautiful architecture.

The Painted Hall, which reopened to the public in March 2019, also offers guided tours, an afternoon tea and other refreshments – the site is fully accessible to guests with limited mobility.

For other ideas for London check out our other tours!

Travel to London and arrive in Greenwich

Arrive in London and your hotel during the afternoon. You have some free time now to explore. You have the whole of Greenwich including the Royal Naval College, the Royal Observatory or the Cutty Sark to name but a few of the attractions that this riverside borough has to offer. It is also possible to arrange an afternoon tea in the hotel for early arrivals.

We can also arrange dinner in the hotel if you wish (supplement on request), or will be pleased to suggest places to eat within walking distance of the hotel.

Enjoy breakfast in your hotel, then make your way to the Painted Hall situated within the grounds of the Royal Naval College.

The reopening of the Painted Hall means you will be able to enjoy a guided tour of the extensive site, setting off from the newly refreshed visitor centre. The tour will take in all aspects of Wren’s riverside masterpiece including the famous Water Gate, Grand Square and Chapel, and include access into the Skittle Alley (a normally ‘limited access’ area of the site).

From there you will enter the newly refurbished King William Undercroft and be able to access the new Sackler Gallery, which will house new interpretation materials explaining the history of the Painted Hall and how Thornhill created his masterpiece. From the Undercroft, you will be able to pick up a new multimedia guide for the Painted Hall, which will provide an informative and playful introduction to the paintings with 60 minutes of content available.

There is an optional 1 hour private guided tour available for £150 (max 25 persons per guide) and it is also possible to pre-book refreshments (price on request).

You may also want to spend some more free time in the town before heading home.

Return home at your leisure.

DoubleTree by Hilton London Greenwich, a modern, historic hotel located in Royal Borough of Greenwich. Once a ‘police headquarter’, this RIBA winning 1940’s landmark building has been restored with a contemporary flare while preserving its historic charm.

For further information regarding the hotel:

We offer the hotel on a bed & breakfast basis allowing you the freedom to eat at one of the many restaurants or bars in the area, however we can also arrange dinner in your hotel if you wish, and supplements are available on request.

Coach parking is available a short distance from the hotel on Blackheath by the entrance to Greenwich Park. 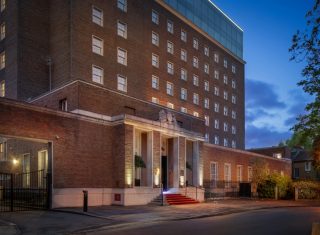 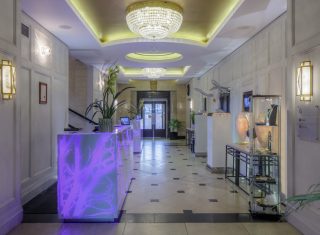 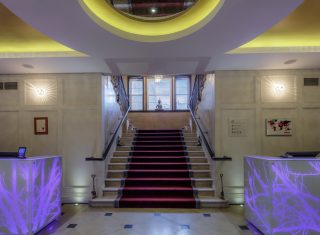 Supplements for other Greenwich attractions such as the Cutty Sark or Royal Observatory on request.

A 3 day / 2 night itinerary is also available – please contact us for details and prices.

All prices are per person based on sharing a double or twin room and with one free place for a coach driver or group organiser in a single room, both are based on a minimum 30 full fare paying passengers. Prices do not include coach hire or travel insurance. Dates are subject to availability. Smaller groups can be quoted for on request. Pictures are for illustrative purposes only. Our website policy is to use only copyright free images or images which have been authorised to us for free use by the owner. If you consider an image to be unauthorised or to be your property, please contact us immediately and if invalid we will have the image removed. If your image requires crediting or is missing a copyright statement then we will be pleased to add this to the webpage, contact us at info@greatdays.co.uk 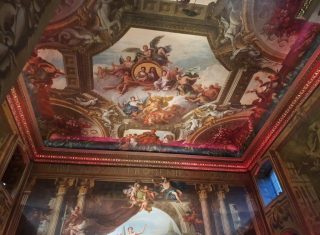