Uncover the highlights of Saxony, including Dresden, Meissen and Leipzig

Once one of Germany’s most popular tourist destinations, Saxony all but disappeared from view during the years of communist rule. Today, nearly 30 years since German reunification, the region’s spectacular architecture, landscape and cultural heritage is once again attracting visitors from across the world.

Dresden; A City of Beauty Rebuilt

During this tour we explore Dresden, the 800-year-old capital of Saxony. The city’s skyline of spires, towers and domes is a glimpse into it’s rich cultural heritage. In 1491, Dresden suffered a devastating fire, but from the ashes, the city was built in a renaissance style, becoming a hotbed for the European elite for centuries to come. However, this was not the first time the city succumbed to a fiery destruction. Visiting Dresden today, it’s difficult to conceive of the utter destruction it suffered during the Second World War. Known as the ‘Dresden fire’, the allies bombing completely destroyed the city. Since then, classic Dresden buildings have been rebuilt and restored, retaining its reputation as the Florence on the Elbe.

From there, we also visit Meissen, a town famous for its manufacture of ceramics.  The thousand year-old city of Meissen is not only known for it’s porcelain production, it is also famous for its medieval centre and vineyard landscape of the Elbe valley. The picturesque city on the Elbe River offers an abundant attractions, many of them touristic highlights of the region. While in Meissen, perhaps visit the beautiful Moritzburg Castle or enjoy a steam train journey.

Another fantastic Saxon town is Leipzig, which fuses its history seamlessly into its modern vibe. Known as the City of Rivers, this is a spectacularly beautiful place. With a history going back almost 1,000 years, this Saxon metropolis has earned more than a few claims to fame – as a city of music, of commerce, of heroes, as the site of the Peaceful Revolution, as Little Paris, Athens on the River Pleisse, and the Venice of the North. A final highlight is a stark piece of history. Visit Colditz Castle, a Renaissance castle used by the Nazi’s as a prisoner of war camp in WWII.

Saxony offers a wide range of exciting attractions and is bursting with architectural gems.

Take a short sea crossing to France and make your way to Germany. Stop for an overnight en route to Dresden, your base for the next four nights.

A beautiful city rich in art treasures, history and legend, Dresden offers so much. It’s hard to believe that the city was all but wiped off the map by Allied bombings in 1945. Sitting on the River Elbe, the city’s skyline, full of spires, towers and domes belonging to palaces, churches and stately buildings offers a taste of a city proud of its cultural heritage. In the morning, we take a guided walking tour to find out more about the city’s rebirth. We’ll see the Zwinger Palace, Theaterplatz Square and the famous Semper Opera House, as well as the Royal Palace, the Frauenkirche on Neumarkt and the Brühl Terrace. In the afternoon there’s free time to explore more of what this remarkable place has to offer.

This morning we travel upstream from Dresden to visit the town of Meissen, the ‘home’ of European porcelain manufacturing.
A visit to Meissen® Manufactory will reveal the secrets of their famous porcelain. We take a guided walking tour to learn more, including the castle rock with Albrechtsburg Castle, where the world-famous china was first made, and the majestic Gothic Cathedral. Don’t miss the spectacular views of the Elbe valley. Our journey then takes us to Moritzburg Castle, a beautiful Baroque palace named after Duke, Moritz of Saxony who had a hunting lodge built there between 1542 and 1546. If time permits, enjoy a ride on the Lößnitzgrundbahn, a narrow gauge, steam-hauled railway, from Moritzburg to Radebeul.

Our first stop today is in Leipzig, a city that retains much of its historic character while reinventing itself for a modern generation. The market square is home to the beautiful 16th Century Old Town Hall, generally regarded as being one of the most beautiful Renaissance buildings in Germany. In the afternoon, we visit the infamous Colditz Castle, one of the most important Allied officers prisoner-of-war camps in WWII. The Escape Museum portrays the period and the 300 documented escape attempts.

We leave Saxony to return to the UK. Stop for an overnight break before travelling to Calais for your short sea crossing on day 7.

Just a short drive from the Semper Opera House, the hotel offers a top-floor spa, soundproofed rooms, international cuisine and free Wi-Fi is available in the entire hotel.
The hotel also provides modern, air-conditioned rooms with flat-screen TV, minibar and desk. Coach parking at the hotel (up to 4 spaces). 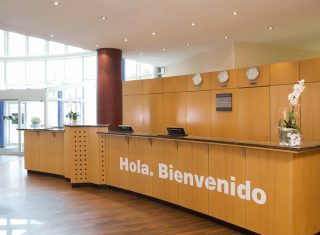 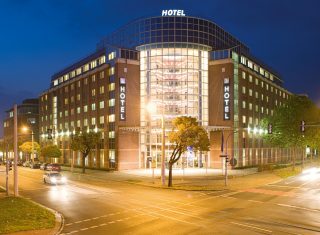 Located in the city centre, just a few steps away from the Semper Opera House. The hotel offers spacious accommodation, a swimming pool and a large terrace along the River Elbe. The rooms feature a minibar, TV, safe and free Wi-Fi. Coaches can drop-off passengers next to the hotel and can park free of charge under the “Marienbrücke”, just 500 metres away. 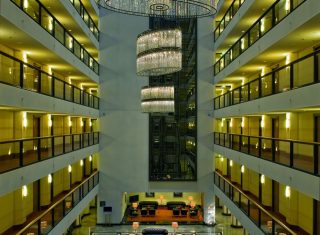 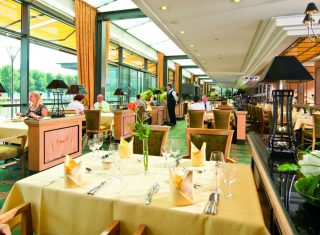 Bavaria and the Castles of King Ludwig II

Supreme Taste of the Black Forest

Prices also available on request for travel by air.

Price based on exchange rate of £1.00 = €1.1109. All prices are per person based on sharing a double or twin room and with one free place in a single room, based on a minimum 25 full fare paying passengers. Prices do not include UK coach hire or travel insurance. Dates are subject to availability. Smaller groups can be quoted for on request. Greatdays Holidays Limited is a member of ABTA (Y0380) which means you have the benefit of ABTA's assistance and Code of Conduct. Please ask us to confirm what protection may apply to your booking. Greatdays Holidays Limited has an ATOL licence (4279) and all of our air package tours are protected under this licence. In the unlikely event of our insolvency, the Civil Aviation Authority will ensure that you are not stranded abroad and will arrange to refund any monies you have paid to us for an advance booking. All the flights and flight-inclusive holidays on this tour are financially protected by the ATOL scheme. When you pay you will be supplied with an ATOL Certificate. Please ask for it and check to ensure that everything you booked (flights, hotels and other services) is listed on it. Please see our booking conditions for further information or for more information about financial protection and the ATOL Certificate go to: www.atol.org.uk/ATOLCertificate. Our website policy is to use only copyright free images or images which have been authorised to us for free use by the owner. If you consider an image to be unauthorised or to be your property, please contact us immediately and if invalid we will have the image removed. If your image requires crediting or is missing a copyright statement then we will be pleased to add this to the webpage, contact us at info@greatdays.co.uk