Group Travel Tour Operator and DMC for the Netherlands

‘The Forgotten Battle’ – WWII in the Netherlands

Discover the history and impact of WWII in the Netherlands by visiting the museums and locations of the Battle of the Scheldt & Operation Market Garden. The first of which being the main feature of the Netflix epic – “The Forgotten Battle”. On this tour, you will bring the film to life by visiting the locations, hearing the personal stories and tragedies of those who suffered during these two key and significant events that occurred on Dutch Soil and cost so many their lives. There is also plenty of opportunity to see the modern city of Rotterdam. A city of innovation, Rotterdam’s character has been forged by this innovative thinking as well as using it’s port location, this city has been characterised by its past by continuously looking forward.

Battle of the Scheldt – “The Forgotten Battle”

Often overlooked and referred to as “The Forgotten Battle”, The Battle of the Scheldt holds a prominence in the collective memory of the Dutch people, in particular the local Zeeland population. The Amphibious opening of the Western Scheldt became even more significant, due to the failure of “Operation Market Garden” and with visits to the Westkapelle and the Landing Museum, discover the brave soldiers who risked their lives to liberate this beautiful region. As well as this, see the War Memorial Causeway in Middleburg that commemorates the Scottish and Canadian soldiers who died during Operation Mallard in the Netherlands. Also, visit the Zeeland Liberation Museum and time permitting; pay your respects to the fallen at the Commonwealth War Cemetery in Bergen Op Zoom. Throughout the Netherlands, there are commemorations to the victims and events of WWII and we can personalise the tour to suit your group, depending on your historical interest.

Operation Market Garden took place near Arnhem in September 1944. Had this operation near Arnhem been successful, the Allies could have advanced swiftly to Berlin, ending World War 2 by Christmas. One of the biggest Allied operations in the war, this daring plan involved over 40,000 men. It aimed to secure the bridges over the Meuse, Wall and Rhine, therefore enabling the troops to outflank the ‘Westwall’ protecting Germany.

Rotterdam, the City of Many Faces

Rotterdam suffered heavily during WWII with bombings from both the Allies and the Germans leaving the locals with a near impossible task – rebuilding the city. Not put off by such a daunting challenge, Rotterdammers decided to create modern metropolis rather than create an ode to the Golden Age of the port. By building on their maritime history and location close to the North Sea, it proudly showcases it’s status as the largest port in Europe. A port city, a trendy nightlife city, a sophisticated shopping city, and a hip artistic city. Above all, Rotterdam is the architecture city of Holland that stimulates innovation. Its skyline is always changing. There are many things to do amid Rotterdam’s skyscrapers. You can go on a shopping spree, enjoy some excellent food, and visit a range of museums and attractions in and around the city centre. Perhaps visit the Cube Houses (Kubuswoningen) in Rotterdam are one of the city’s most iconic attractions. Or see the sights from above, by visiting one of the highest towers in Holland: the Euromast. Architect Maaskant designed the tower that you will find at Floriade too. Visitors can take an elevator up and enjoy the spectacular view. 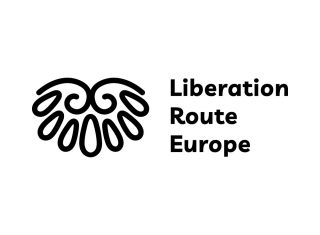 This itinerary has been made in collaboration with Liberation Route Europe

For more memorial and historical tours across Europe, click here

Arrive in Hull and we board our cruise ship for our overnight sailing to Rotterdam. Whilst on board perhaps enjoy dinner in The Kitchen or The Brasserie restaurants. After dinner, relax in one of the bars on board.

Upon arrival in Rotterdam, take a scenic drive across the archipelagos towards to Westkapelle to visit the Landing Museum, a museum that recounts the The Battle of the Scheldt, an extraordinary episode in the history of Zeeland. Then head towards Middleburg. Enjoy a guided city tour of Middleburg followed by a visit to the War Memorial Causeway. The memorial commemorates the French soldiers who were killed in May 1940 during the Battle of Zeeland and the Scottish and Canadian who died during Operation Mallard in 1944. Enjoy some free time to explore Middleburg before travelling to Zeeland Liberation Museum. A completely refurbished museum with a museum park showing the Zeeland landscape during WWII. The museum recounts an extraordinary episode in the history of Zeeland, including the Battle of the Scheldt. Afterwards, continue on to the hotel.

Today, we head to Hartenstein Villa, an exquisite building which housed Major-General Urquhart’s British headquarters during the Battle of Arnhem. Inside is now the Airborne Museum, which has a large collection of authentic weaponry, documents, footage and photographs. The museum offers an immersive experience of the Battle of Arnhem, bringing the stories of British, Polish and German soldiers to life – as well as illustrating the impact on the civilians. Continue to the Oosterbeek War Cemetery, which contains over 1,700 graves of Allied soldiers. The majority of the soldiers killed during Operations Market Garden are buried here. Reflect on the bravery and sacrifice of these men at this solemn and tranquil place. Perhaps, time permitting stop off in Utrecht before heading back to the hotel.

Today, discover the city of Dutch innovation, Rotterdam. The architecture city of Holland that stimulates innovation. Its skyline is always changing. There are many things to do amid Rotterdam’s skyscrapers. You can go on a shopping spree, enjoy some excellent food, and visit a range of museums and attractions in and around the city centre. Perhaps visit the Cube Houses (Kubuswoningen) in Rotterdam are one of the city’s most iconic attractions. Or see the sights from above, by visiting one of the highest towers in Holland: the Euromast. Architect Maaskant designed the tower that at Floriade too. Visitors can take an elevator up and enjoy the spectacular view. Then head to the Port for your evening sailing back to the UK.

Arrive in Hull early morning and continue your journey home.

Set across the street from both a tram stop and Stadhuis metro station, this upscale hotel is also 2.3 km from the Cube House, a museum in a 1970s residential complex. The rooms mix classic and modern decor, and feature Wi-Fi and flat-screen TVs. Upgraded rooms come with Nespresso machines, and free breakfast and snacks served in an executive lounge. Some suites add separate living rooms.
Dining options include French and Indonesian eateries, as well as a modern restaurant decorated with street art. There’s also a fitness room and terrace bar.

Overlooking the Binnenschelde lake, this hotel is 1 km both from the Het Markiezenhof museum and from medieval St. Gertrude Church.  All the rooms offer free Wi-Fi and flat-screen TVs, plus tea and coffeemaking facilities. Suites feature separate living rooms and/or balconies and room service is available. There’s also a café, a terrace and a bar/restaurant with a fireplace. Other amenities include a spa, a fitness center, a hot tub and a steam room, plus indoor and outdoor pools. Parking is complimentary.

Price based on exchange rate of £1.00 = €1.179 calculated in November 2021. All prices are per person based on sharing a double or twin room and with coach driver's free place in a single room both are based on a minimum 25 full fare paying passengers. Prices do not include UK coach hire or travel insurance. Dates are subject to availability. Smaller groups can be quoted for on request. Greatdays Holidays Limited are a member of ABTA (Y0380) which means you have the benefit of ABTA's assistance and Code of Conduct. Please ask us to confirm what protection may apply to your booking. Greatdays Holidays Limited has an ATOL licence (4279) and all of our air package tours are protected under this licence. In the unlikely event of our insolvency, the Civil Aviation Authority will ensure that you are not stranded abroad and will arrange to refund any monies you have paid to us for an advance booking. All the flights and flight-inclusive holidays on this tour are financially protected by the ATOL scheme. When you pay you will be supplied with an ATOL Certificate. Please ask for it and check to ensure that everything you booked (flights, hotels and other services) is listed on it. Please see our booking conditions for further information or for more information about financial protection and the ATOL Certificate go to: www.atol.org.uk/ATOLCertificate. Our website policy is to use only copyright free images or images which have been authorised to us for free use by the owner. If you consider an image to be unauthorised or to be your property, please contact us immediately and if invalid we will have the image removed. If your image requires crediting or is missing a copyright statement then we will be pleased to add this to the webpage, contact us at info@greatdays.co.uk

Liberation Route, The Netherlands - Battle of the Scheldt - Buffalo landing on the shore of Baarland © Liberation Museum Zeeland

Meals on board not included