The Heart of Italy and Rome

See the rolling hills of Umbria and its delightful cities as well as a visit to the Eternal City; Rome

Known as the ‘Heart of Italy’, the region of Umbria sits to the south-east of Florence and north of Rome. Known for its undulating countryside of olive, cypress and vine, medieval hilltop towns and ancient streetscapes, this beautiful region has something for everyone. This tour gives an opportunity to discover Umbria’s highlights, including Perugia, Assisi, Siena and Orvieto, as well as a full day in Rome.

The Capital of Umbria; Perugia and The home of St. Francis; Assisi

The medieval city of Perugia is, undoubtedly Umbria’s cosmopolitan hub. Home to international students, the city’s historic centre has hardly changed in the last 400 years. Gothic mansions, cobbled walkways and medieval basilicas dominate the city’s landscape, creating a beautiful hub of culture. You will also find some stunning renaissance art by such artists like Raphael, Perugino and Vasari. However, this regions most famous son St. Francis of Assisi. Francis was born in Assisi, and had actually been baptized as Giovanni. His father Pietro, who had been working in France,  took to calling his son Francesco (“the Frenchman”), possibly in honor of his commercial success and enthusiasm for all things French. Pope Gregory IX canonized Francis on 16 July 1228 and he was designated Patron saint of Italy. The well-travelled saint began his spiritual journey is the region and The Basilica of St. Francis decorated with frescoes portraying the life of St. Francis, honours one of the most famous saints known world-wide.

Siena, Chianti and the rich Terra Firma of Umbria

Another city where little has changed, is the stunning city of Siena, located in central Italy’s Tuscany region, it is distinguished by its medieval brick buildings. The fan-shaped central square, Piazza del Campo, is the site of the Palazzo Pubblico, the Gothic town hall, and Torre del Mangia, a slender 14th-century tower with sweeping views from its distinctive white crown. Not too far away are the rolling hills and mountains of the Chianti region, famous for it’s production of wine, a beautiful landscape that never fails to amaze. Here, indulge the local cuisine. Bordering this famous region is the volcanic rocks of the Umbrian countryside. Here, you will find Umbria’s hidden gems – Orvieto and Todi. Two ancient hilltop towns very much worth visiting for their stunning vistas of the Umbrian landscape.

Roam through the Picturesque Ancient Streets of Rome

Uncover the secrets and tales of Ancient Rome and the city’s forefathers, as you can step back to the days of Imperial Rome, where the Forum was the civic and political centre of the entire known world. See artifacts, treasures and iconic landmarks that still form part of modern-day Roman life as the city casts its enchanting spell. To enjoy a truly Roman experience, alfresco dining is a must and by heading to a Roman pizzeria or  neighbourhood trattoria you are sure to get that authentic Roman experience. Head to the Testaccio neighbourhood to find the dynamic, edgy scene built around Monte dei Cocci, a huge mound of discarded ancient Roman amphorae, or jars. Discover the exciting  Trastevere district, walk along the banks of the Tiber, or climb some of seven historic hills on which the city was founded. Bask in the street-side cafés while residing in the captivating piazzas. Enjoy the delights of ‘la dolce vita’.

Discover the heart of Italy and see some of the most fascinating cities, often overlooked for their popular neighbours. To see more of the rolling hills in the heart of Italy, check out our Umbria Meets Tuscany tour.

Fly from your local airport to Rome where, upon arrival, you will be met and transferred to your hotel in Perugia or Spoleto.

This morning we drive into Perugia to spend time in this beautiful medieval hilltop town. Discover cobbled alleys, arched stairways and piazzas framed by magnificent palazzi (mansions). In the afternoon, we visit the historic hill town of Assisi, the birthplace of St. Francis, one of Italy’s patron saints, and one of the largest religious centres in the world. At its heart is the Basilica of St. Francis, a massive, two-level church, consecrated in 1253. There are 13th century frescoes and the saint’s stone sarcophagus to view in the crypt.

Siena remains largely unchanged from its 14th century heyday with fine buildings such as the Town Hall and Mangia Tower to explore. Each year the town holds the epic ‘Palio’ horse race around the heart-shaped Piazza del Campo. In the afternoon, we visit the renowned Chianti vineyards for a tour and a tasting or two.

Free time today to explore more of Perugia or, if staying in Spoleto, an opportunity to discover the ancient town and medieval fortress.

A full day’s excursion today to the Italian capital to see the Coliseum, the Vatican and St Peter’s Square, the Spanish Steps and the Trevi Fountain. An optional guided walking tour is available.

For your last day in Umbria we visit two ancient hilltop towns. Orvieto, described as being ‘cinematically beautiful’, and located in a superb setting high on a volcanic rock, and Todi with a beautiful medieval piazza.

Say goodbye to the heart of Italy as you are transferred to the airport for your flight back to the UK. 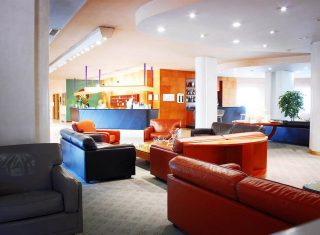 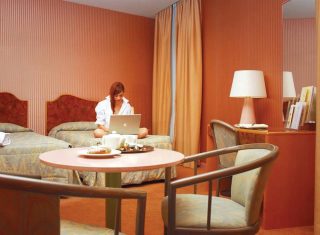 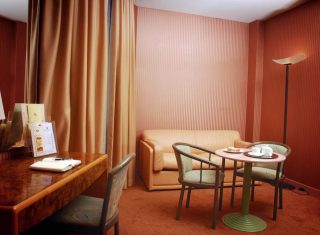 Group friendly hotel set in its own park near the town centre with views over the Spoleto valley. Accessible for coaches with nearby parking. The hotel has a restaurant with veranda & private garden, bar, lobby area with cosy bar & lounge area, TV room and solarium with terrace.

All Roads Lead to Rome

Milan and Genoa – The Capitals of Lombardy and Liguria 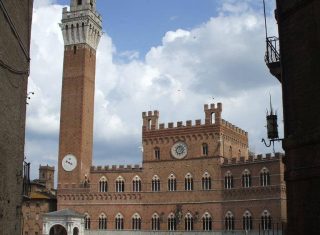