The Scintillating South of Sardinia

Discover the Sardinian Capital, Cagliari and the very best of South of the largest Mediterranean Island

Sardinia is an island of many wonders; beautiful beaches, pristine waters and a mountainous interior and on this tour, discover all this and more. Experience why the South is a scintillating gem waiting to be discovered. With an great mix of culture, scenery and an authentic taste of Sardinia’s rich and varied history which has made it an incomparable food destination, with influences stretching back 2500 years.

Cagliari; The Capital of Sardinia

The port city of Cagliari, Sardinia’s capital is truly an Italian gem. On the very southern tip of the island, the city is actually closer to Tunisia than it is to Rome. However, the winding streets are filled with Vespas and tiny fiats, the buildings are decorated in a typical Italian facade style all climbing up the hilly centre leading towards the historic Castello, all this lets you know you are in a great Citta d’Italia. The ornate waterfront and Cagliari’s main street, Via Roma gradually became an elegant promenade with cafés, shops and a high-end department store and architecturally is quite stunning. The city hall rises above the harbour like a bastion of white stone, elegant in shape and colours, perfectly in tune with the other old buildings that line Via Roma. Further down Via Roma to the east of the city is the captivating Poetto Beach, known for its white bleached sand and clear blue waters, something not many capitals can boast to have.

The old and the new; Carbonia & Seruci

The South-west of Sardinia lies the city of Carbonia, a ‘new town’ founded by Mussolini in 1938. With 30,000 inhabitants it’s the largest city in southwest is filled with wide tree-lined roads and a 45 metre high bell tower overlooking the large main piazza. The town was built for the local mining community for those labour was hoped to reinvigorate the Italian economy further examples of a mining culture can be found in the beautiful cities of Montevecchio and Iglesias. Furthermore, there is a chance to try Carignano, a full-bodied red wine – dedicated to the history of Sardinian miners. From the newest town to one of the oldest – the Nuraghe Village of Seruci, the mysterious Nuraghic people, a civilisation which lasted from the 18th century BCE right up to the Roman colonization in 238 BCE. The term Nuraghic derives from the island’s most characteristic monument, the nuraghe, a tower-fortress type of construction the ancient Sardinians built in large numbers starting from about 1800 BCE and it is here in Seruci that is home to six bronze age towers and is one of the largest nuraghe villages in Sardinia.

The Spectacular scenery and delicious cuisine of Sardinia

Traces of the Nuraghic people, can still be seen all over the island however, it’s the Phoenicians, Carthaginians, Romans, Arabs and Spanish who’ve left their marks on the food. The island had more than 2,500 years to absorb these hybrid influences and the result is divine. On this tour, experience a truly authentic experience where you will be welcomed by Sardinian hill-shepherds who will prepare a typical ‘al fresco’ rustic lunch comprising of pork antipasti, matured ricotta cheese, characteristic Sardinian bread, roast pig and lamb, boiled mutton with potatoes, “Pecorino” cheese, fruit, sweet and local Cannonau wine. This cuisine derives from the landscape that surrounds and what a sight that is. On a panoramic tour heading towards the eastern coast of the island on the ‘Little Green Train’ pass deep valleys, chasms, iron bridges and fauna-filled pastureland of Sardinia’s showcasing the stunning natural beauty of this island.

The Islands of Sant’Antioco and San Pietro

On the very tip of south-western Sardinia, is the ‘island’ of Sant’Antioco, the largest in the Sulcis Archipelago accessed via an artificial isthmus. Sant’Antioco town is full of coloured houses and has a fascinating history. Then further out to sea is the San Pietro Island and learn about the mattanza or annual tuna fish festival, recently visited by TV personalities the Hairy Bikers. Explore the culture of these islands and discover their ancient history and connection to the Nuraghic people.

This Island is truly a spectacle not to be missed and for a chance to discover more of this island paradise, why not visit the majestic North of Sardinia.

Fly from the UK to Cagliari. Upon arrival at Cagliari Airport you will be met then take a short one-hour coach transfer to Carbonia or Porto Pino passing through the Campidanese plain of fields and flocks of sheep.
before checking into our hotel for 7 nights.

Carbonia is a ‘new town’ founded by Mussolini in 1938. With 30,000 inhabitants it’s the largest city in southwestern Sardinia with wide tree-lines roads and a 45 metre high bell tower overlooking the large main piazza. Afterwards head to a local vineyard to try some Carignano, a full-bodied red wine – dedicated to the history of Sardinian miners from Sulcis – that yields a naturally small crop of compact bunches, rich with sweet juice. Finally we head to the Nuraghe Village of Seruci home to six bronze age towers and is one of the largest nuraghe villages in Sardinia.

Cagliari, the capital of Sardinia

Today enjoy a full day tour to Cagliari, the capital of Sardinia. Take a panoramic tour of the Golfo degli Angeli is Cagliari, the island’s fascinating capital, and a city of good food, art galleries, shopping and nature. Stroll along Via Roma overlooking the harbour and enjoy a drink from the Bastione of Saint Rémy. Photograph the pink flamingos as they rise in flight from the Molentargius Saline Natural Park. Or stroll along the palmfringed promenades.

Today we take a panoramic tour heading towards the eastern coast of the island on the ‘Little Green Train’.  We will pass deep valleys, chasms, iron bridges and fauna-filled pastureland of Sardinia’s interior.

In the south-western corner of Sardinia lies the historic city of Iglesias, rich in cultural attractions, centuries-old traditions and natural beauties that punctuate the land. This territory was the protagonist of Sardinia’s mining past, of which this town was central. Montevecchio was a silver-bearing and zinc mine and was worked actively between 1853 and 1991. It was one of the most important mines and industrial areas of Italy and even Europe.

Lunch with the Shepherds

On this full day excursion our coach will take us deep into a mountainous, largely wooded area, either north of Cagliari or south near Teulada. Here we will be welcomed by Sardinian hill-shepherds who will prepare a typical ‘al fresco’ rustic lunch comprising: pork antipasti, matured ricotta cheese, characteristic Sardinian bread, roast pig and lamb, boiled mutton with potatoes, “Pecorino” cheese, fruit, sweet and local Cannonau wine.

Please note: Food subject to change depending on availability of fresh ingredients and, in the case of bad weather, lunch will be held indoors.

The Islands of Sant’Antioco and San Pietro

Today we head to the very tip of south-western Sardinia, to the ‘island’ of Sant’Antioco, the largest in the Sulcis Archipelago accessed via an artificial isthmus. Sant’Antioco town is full of coloured houses. Continue by ferry to Carloforte, San Pietro Island and learn about the mattanza or annual tuna fish slaughter.

It’s time to leave Sardinia. You will be transferred to Cagliari airport for the flight back to the UK.

We have a selection of excellent 3 and 4 star hotels throughout the region.

Discover the Amalfi Coast & the Gems of Campania

Once upon a time in the west…of Sicily

Discover the Magic of Malta 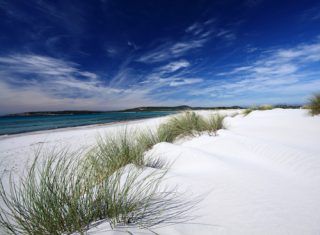 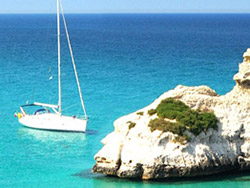